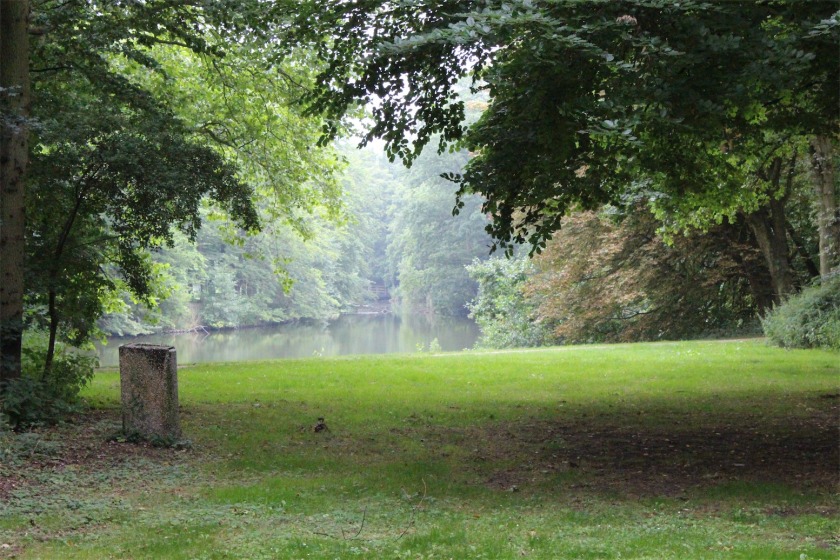 With a big day ahead we were up and on our way to the station by 9:30am. It cost 6 euro for both of us to get the light rail to The Hague. 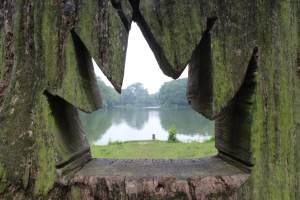 Once out of the station we walked around and through the Haagse Bos a rectangular forest in the middle of the city. The “Act of Redemption”, was signed in 1576 declaring that no further cutting or sale of the forest would be permitted. This law still stands today to protect this amazing forest.

We walked through the forest to see the Palace Huis Ten Bosch, a Royal Palace. It is one of three official residences of the Dutch Royal Family.

After this fairly decent walk we stopped for a coffee and then continued on into the City Centre, where Keith visited the Escher museum – M.C. Escher is a Dutch Graphic Artist. 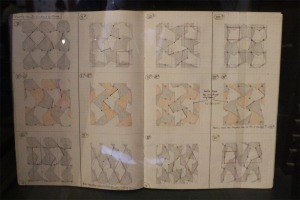 Across from the museum was a pretty park where we had our lunch – Keith may have finally found the right sized piece of cake!

We walked back through the city toward the train station and saw some cool art, as well as a few pretty canals and statues.

We bought our train tickets to Leiden and return to Zoetermeer – surprised by how expensive it was, 21 Euro!! Once we got to Leiden however, it became clear it was totally worth the price of the tickets. Leiden is absolutely amazing! Like in Bruges, we spent most of our time walking around with mouths open or smiling at each other stupidly. 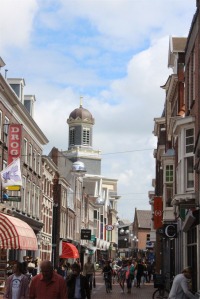 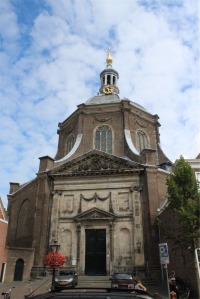 And due to popular demand here is a pic of us!

We had an amazing ‘Linner’ (Lunch/Dinner) at De Engelenbak and then reluctantly walked back to the station to return to the apartment in Zoetermeer.

When you’re travelling you can often make ‘Rookie Mistakes’. We made one today that was pretty funny.

We jumped on public transport this morning from Zoetermeer, so when we bought our ticket back from Leiden that’s what we called it… Umm not correct! We got off the train at Zoetermeer, looked around the platform, then at each other and cracked up. This wasn’t the station we’d gotten on.

After chatting to a really nice local we realised that there was another station called Zoetermeet Oost. So we got back on another train to that station. Umm not correct!

Now we were puzzled, we knew we were staying at Zoetermeer, what was our train station called? So we got on the WiFi hotspot (again thank goodness for this purchase) and quickly realised that we’d actually got on the Light Rail this morning at Zoetermeer Centruum West.

So back on another train for just one stop, then changed to the Light Rail and made it back finally. Lesson learnt – always make sure you are 100% certain of the name of your departing location haha.

Once back we enjoyed a glass or two of red, looked through the photos and fell in love all over again with Leiden.