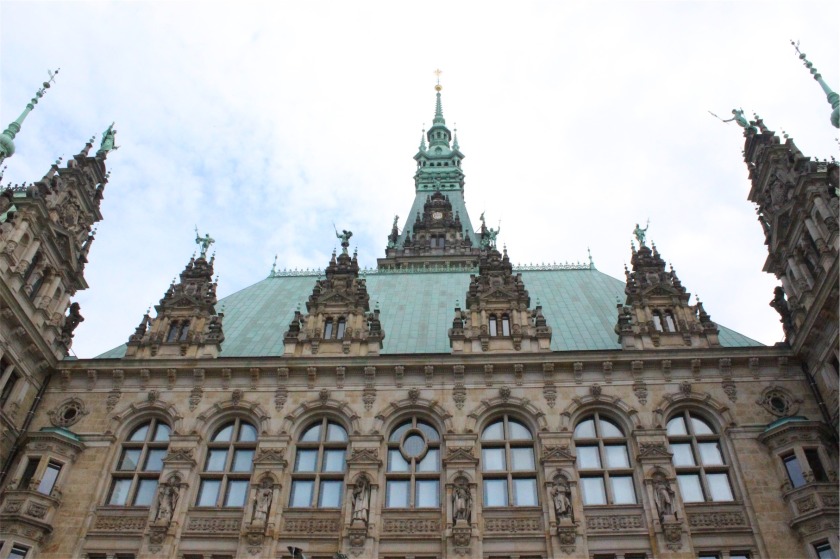 Today was a full day of sightseeing in Hamburg. We got up early, had breakfast and then headed out to catch a bus and a train to the city. Keith’s German was tested when the bus driver didn’t understand a word of English, but that’s part of the fun being in a foreign country.

As soon as we got off the train we saw the most spectacular building – the Hamburg Rathaus. “Rathaus” loosely translates to Town Hall and was the centre of all activities in medieval towns. The one in Hamburg is particularly breathtaking. 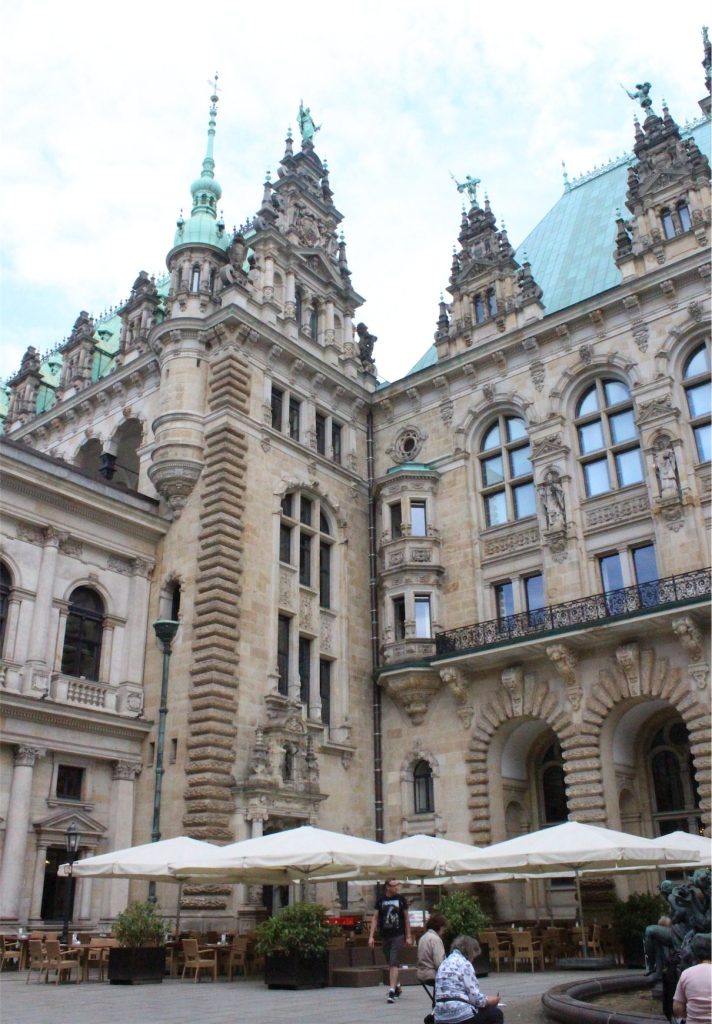 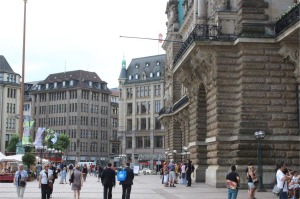 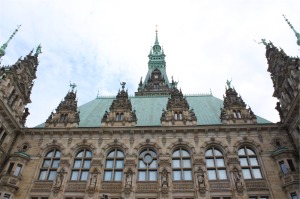 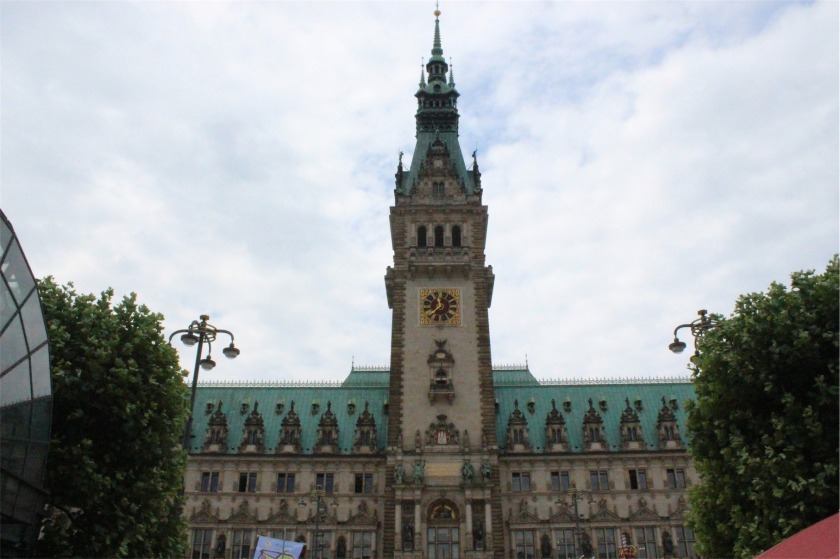 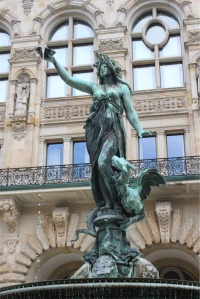 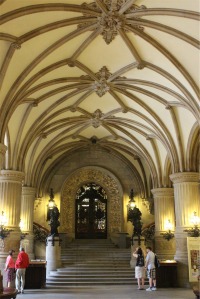 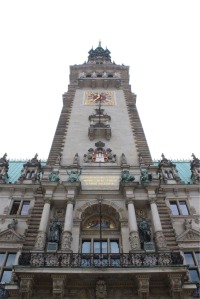 Out the front of each Rathaus is the Rathausmarkt, the market place or town square for the village. 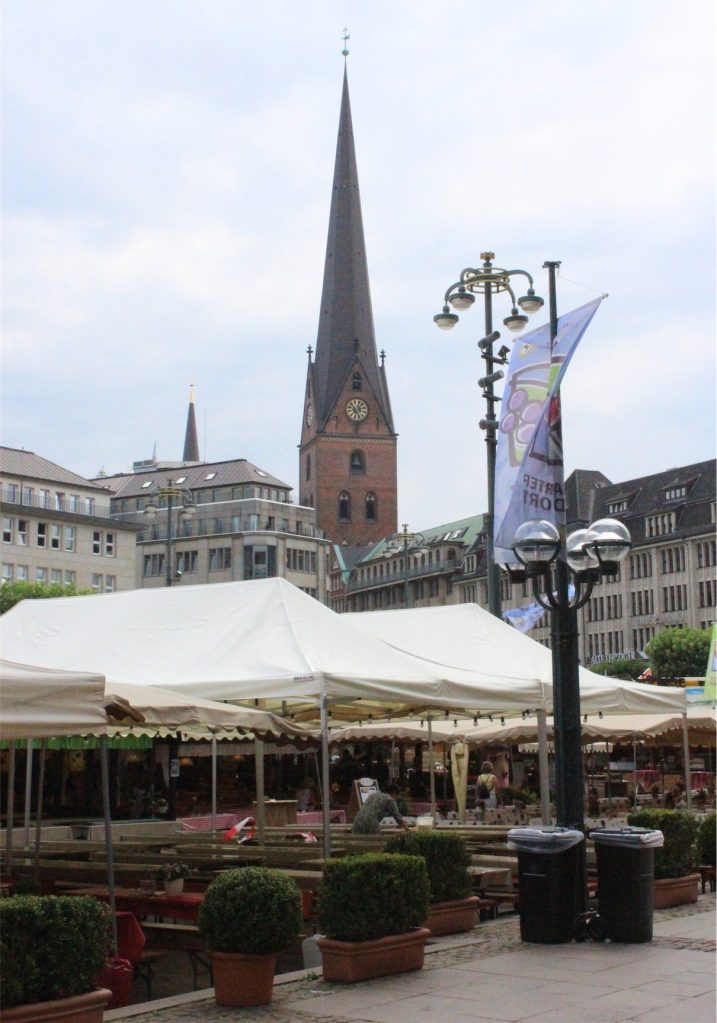 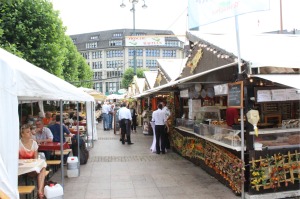 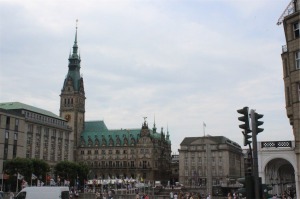 After taking a million photos, we wandered around the city taking in the sights. Our first stop was the Alsterarkaden, basically an arcade with shops and cafes overlooking a canal and the Rathaus. 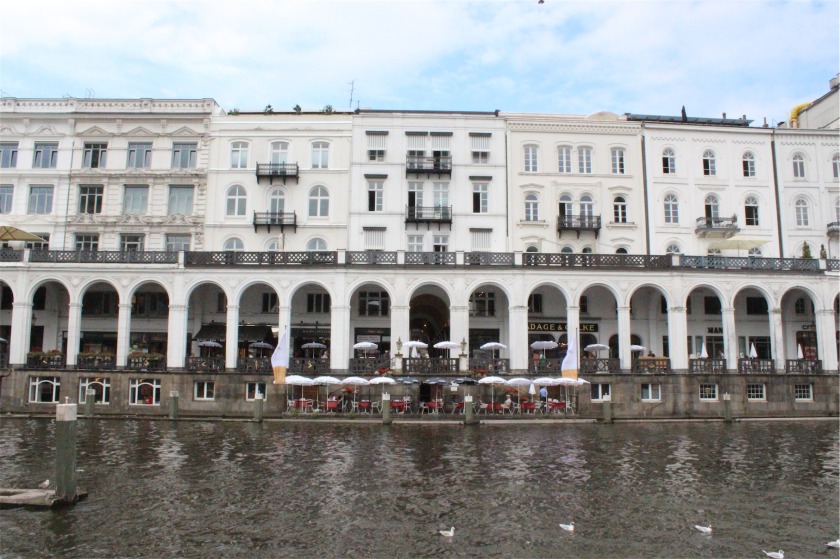 The churches in Hamburg are also spectacular and we saw St Peter’s Church, Katherinekirche and the St Nikolai Memorial. The spire of St Nikolai made it the tallest building in the world from 1874 to 1876 but was heavily bombed in WWII. It is currently undergoing a lot of restoration work, but even the ruins are magnificent. 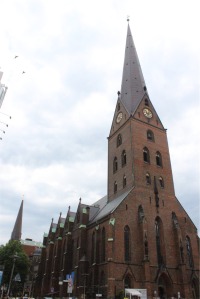 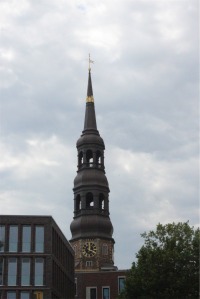 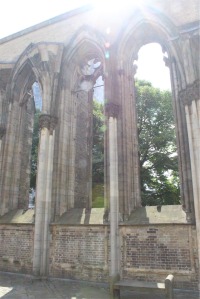 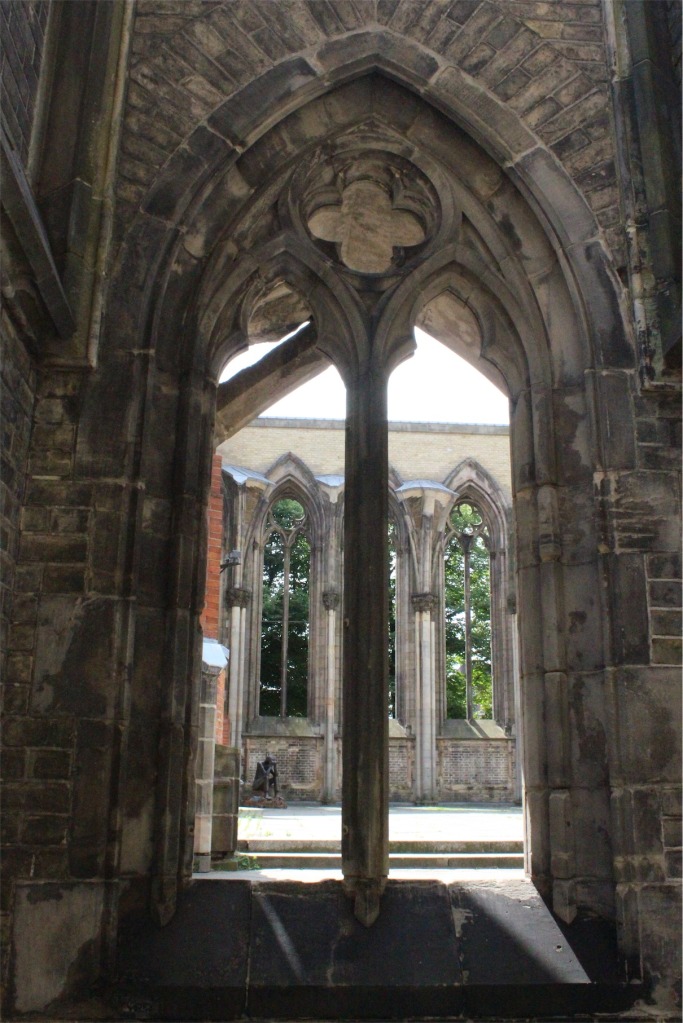 Then we went on to the Church of St Michael – it was so impressive we had to have a look inside. There were so many sculptures – on the outside of the building, on the doors and even the interior was impressive! 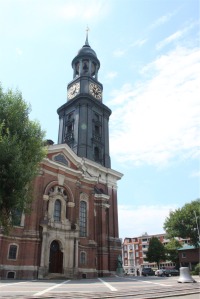 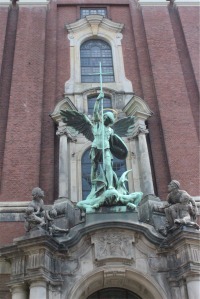 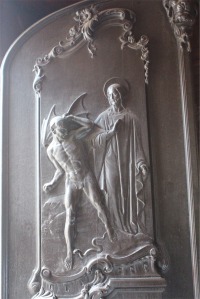 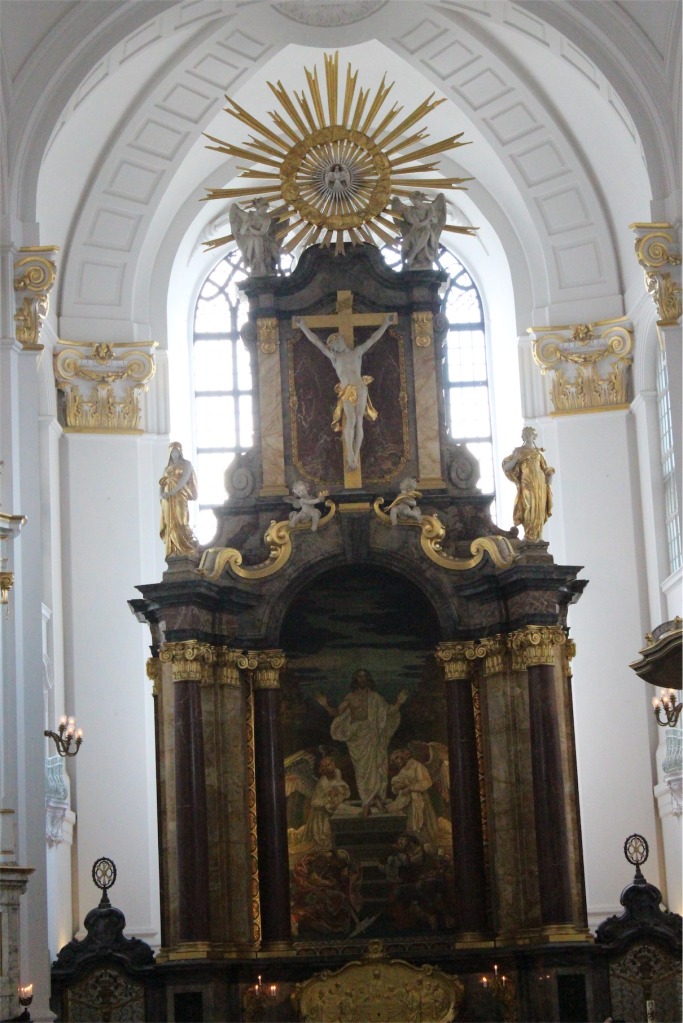 Our walk finally took us to a major river port – the Landungsbruecken – which is a huge transit hub with ferries, trains and buses all stopping there. There are also lots of cafes and shops. Think Sydney Harbour but still looking like it did when it was built in the mid 1800s. We didn’t stay long because a massive storm was coming in, so we jumped on the train and headed back to where we were staying. 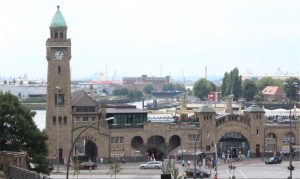 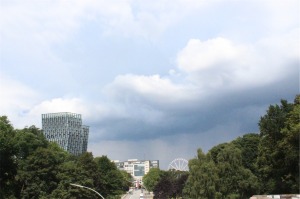 On the way home we stopped at an open air shopping mall near to where we were staying and stocked up on supplies. We also had a beer, coffee and cake while we waited for the storm to pass. Afterwards we headed back and got ready to leave Germany for the moment. Next stop tomorrow – Denmark!