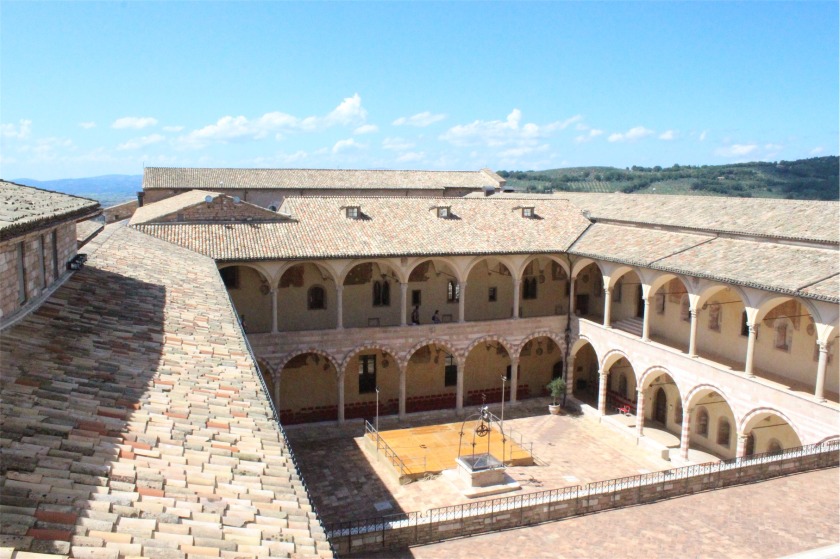 This morning the view across San Marino from our hotel room was non-existent as the fog was so dense! 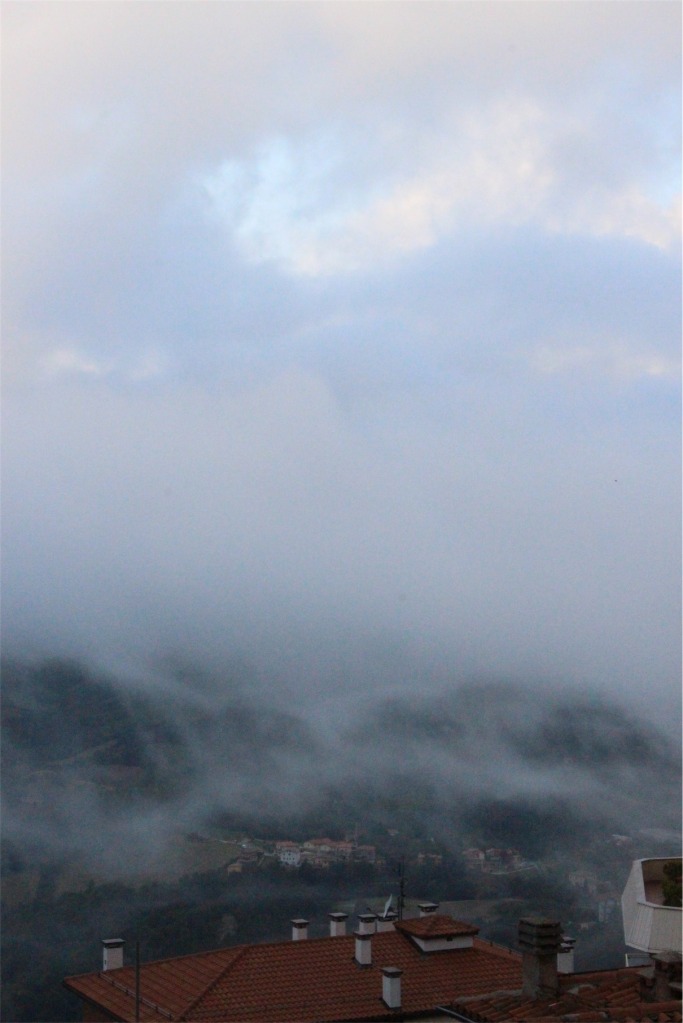 We had a reasonable amount of distance to travel today so decided to leave San Marino, avoid highways and take our time. What resulted is something we will always laugh about but it was also a big lesson to not trust the in-car navigation system!

We were enjoying a beautiful drive for a couple of hours until we reached a turn that would send us down an unsealed road. It looked to be in pretty good condition and it was wide enough – we’ll give it a go we said…. Well about half way through the road narrowed, then deteriorated and pretty soon we were off roading! We couldn’t turn back – there was no room for that and as we negotiated a particularly large crevice in the road, we paused near the gate of a property where a particularly nasty looking guard dog paced the fence daring us to get out. In fact, he looked like he was measuring up ready to jump the fence and attempt entry to the car via Bec’s window. Ok so he probably wasn’t, but it made the experience more hilarious as not only were we negotiating a terrible road but now we were in danger of being mauled by dogs!

Finally we saw a clearing and as we turned the corner to join the never to be taken for granted again asphalt, we got our first glimpse of our destination – Assisi. 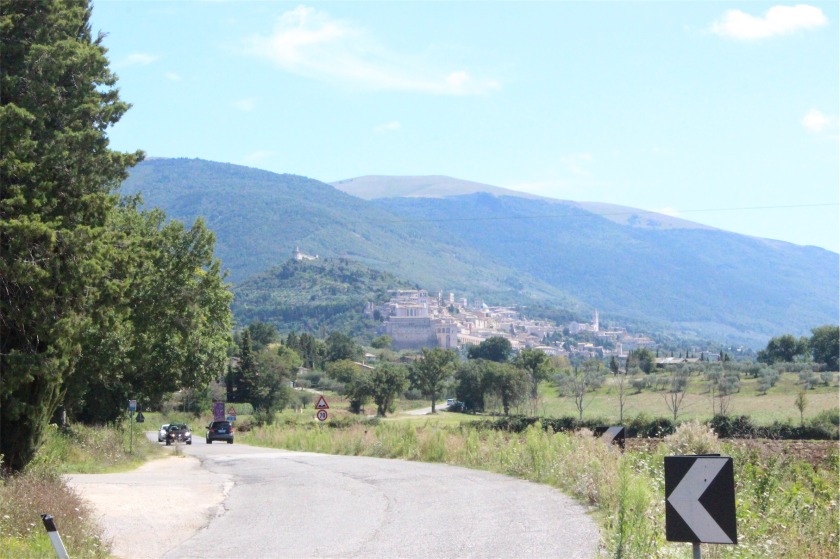 Assisi is an old walled city much like San Marino but on a much larger scale and also much older. 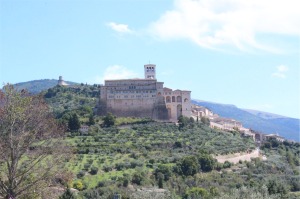 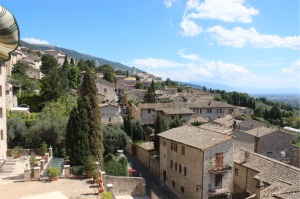 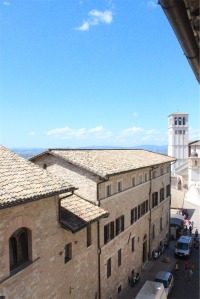 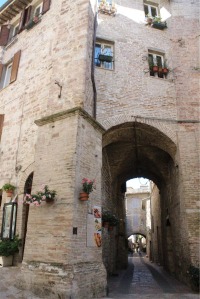 The Basilica of San Francesco is a Franciscan monastery and church, its construction begun after the canonisation in 1228 of St Francis and was completed in 1253. The crypt was added in 1818, when the tomb of St. Francis was opened. The lower church is where the saint is buried. 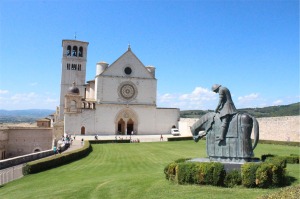 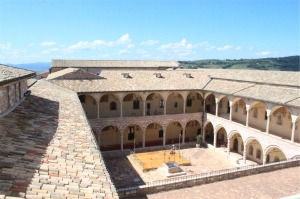 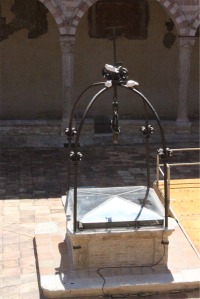 Inside the Basilica is just beautiful and full of history, unfortunately photos are forbidden, but Bec really wanted pictures for her Mum so she sneakily took some with her iPhone.

Assisi is challenging to walk around, it’s all up and down steep hills, we were very happy that we had made arrangements to stay in the city overnight so we didn’t have far to go at the end of the day. Another bonus of this arrangement was that we could sit and relax and watch the sunset over the church. 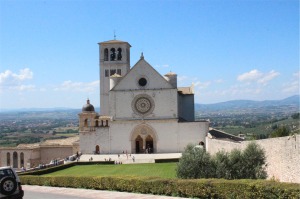 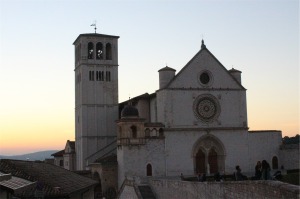 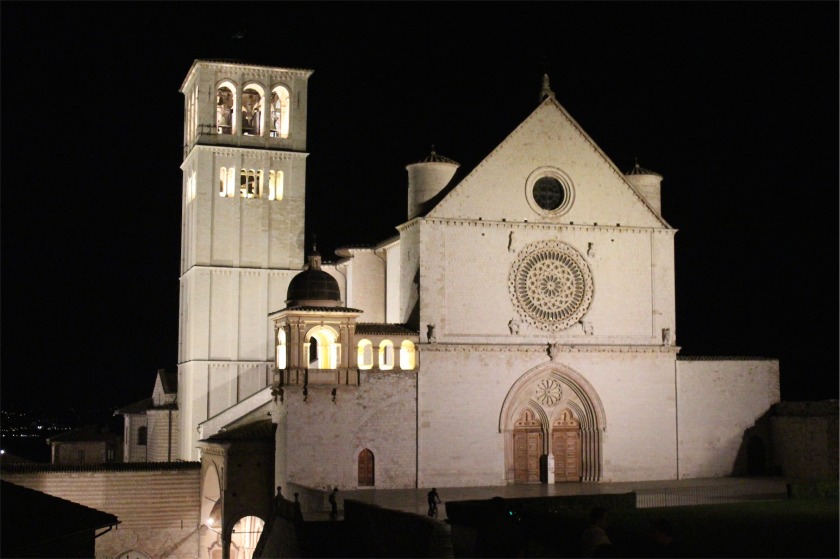 There were other beautiful buildings including the Roman Temple of Minerva in the Piazza del Comune. 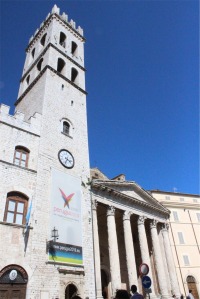 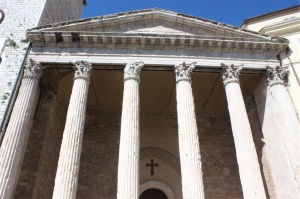 And another absolutely gorgeous church the Cathedral of San Rufino. 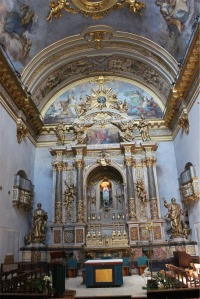 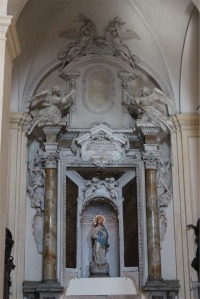 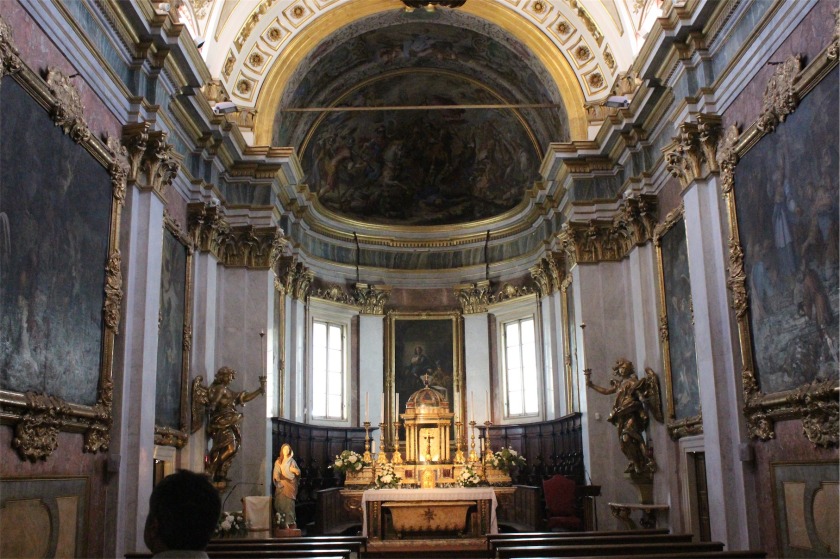