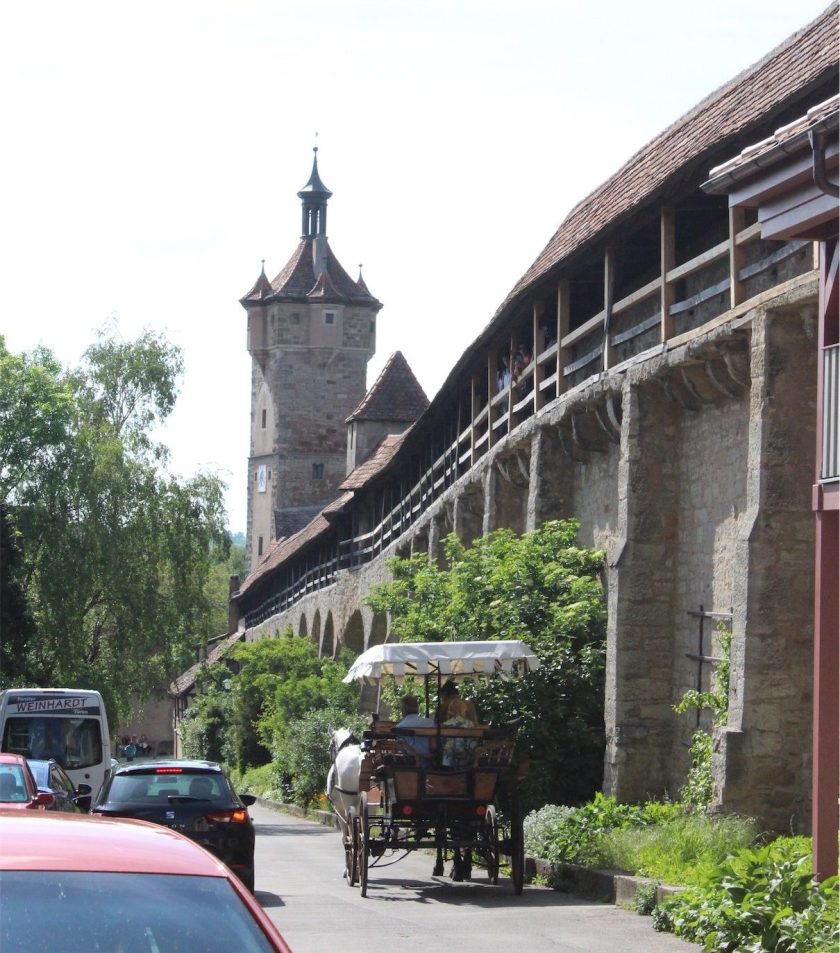 For Keith’s actual birthday (even though he celebrated it yesterday due to a time zone loop hole) we awoke to the sound of birds from the forest and the chiming of the local clock tower. One face of every building was gold due to the spectacular sunrise. 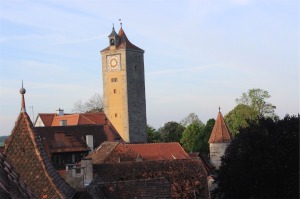 We planned our days adventures while eating breakfast and taking in the view of the forest surrounding Rothenburg ob der Tauber. We were sad to leave this hotel that had been owned by the same family for over 400 years.

Our journey today would take us to Nuremburg, but on the way Bec had found a small city with huge gardens called Ansbach. We found a car park near by and spent the morning exploring the gardens.

As we wandered through the nearby park forest we saw a little squirrel foraging for food. Keith chased it around for 10 minutes with the camera to try and catch a photo of the busy little critter. 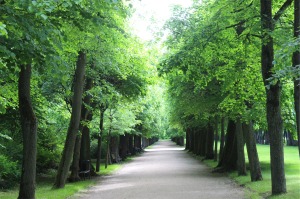 Nuremburg was only a couple of hours away without stops, so we had enjoyed our breakfast in Rothenburg ob der Tauber, had a liesurely stroll through Ansbach and still checked into our hotel in time to go searching for lunch.

Our hotel was just across the road from the Old Town. Like most cities in Europe, the Old Town is the most interesting part to explore so we took our time to see the sights.

The Frauentorturm (Fortress) is one of four circular towers that acted as the entrance to the walled old town. 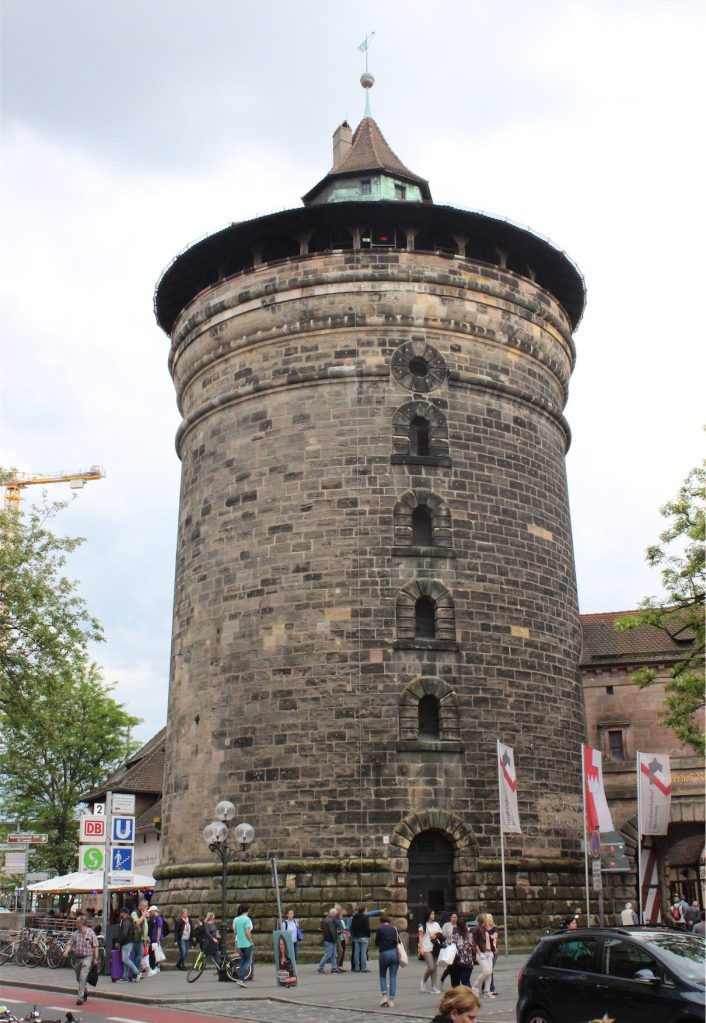 The City Gates hide the Craftsmen’s Courtyard, a makers market and food court. 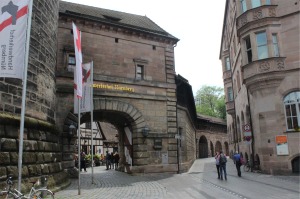 Tugendbrunnen (Fountain of the Virtues) is full of symbolism with 3 levels, 6 cherubs, 7 humans (representing the 7 virtues) and an eight sided pool at the base.

Frauenkirche (Church of Our Lady) stands behind the Haupt-Markt which was being set up for a “beach party” event that night. 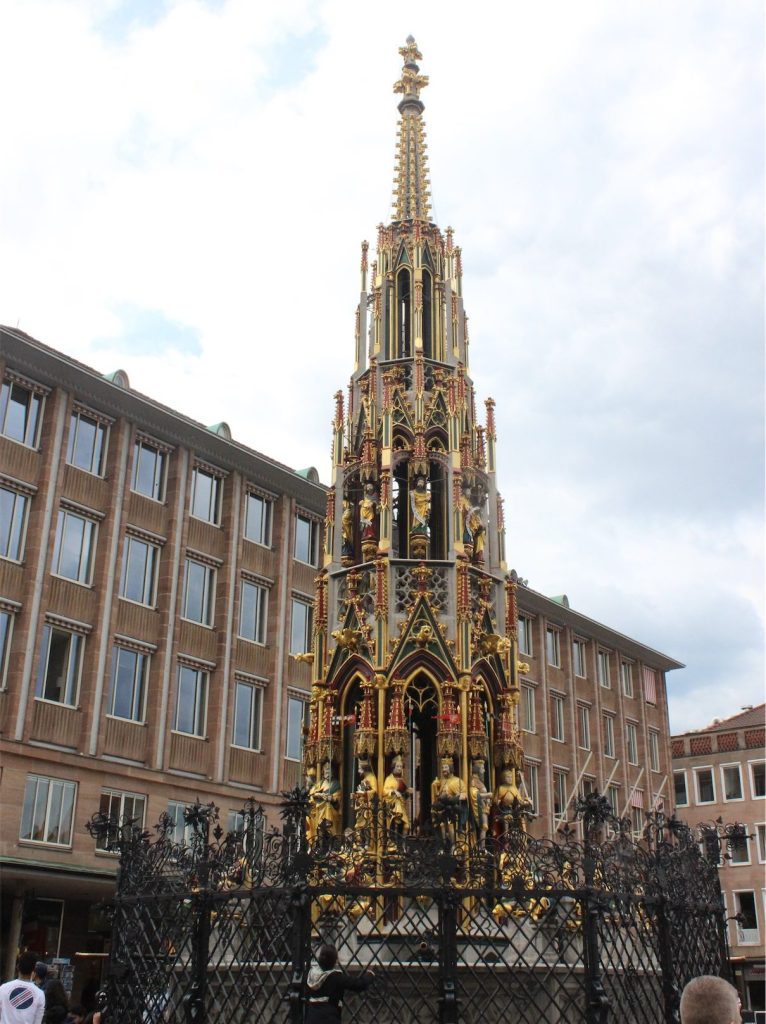 All the sightseeing and walking had built up an appetite, but it was a little too early for dinner. To fill the time, Bec decided to get her nails done and Keith waiting patiently while sampling local biers.

Once the restaurants had started to open, we found a place called Maredo Steakhouse and ordered the biggest plate of food we had seen on the whole trip. Luckily it was a sharing plate for two.

After dinner we went back to the hotel and decided to have an early night. The children learning to tap dance in the nearby dancing studio made for a strange bedtime lullaby.