Although a holiday can’t be judged by the hotels you stay in, Dresden pushed the envelope. The hotel was one of the worst we had experienced on the trip and we were happy to be leaving it behind as we left for Potsdam.

The challenge to staying in a hotel, besides getting bad ones, is that there isn’t anywhere to wash your clothes. If you’re creative though, it can turn into an adventure.

Bec found a laundromat through Google and we set off to find it. Sometimes language is not necessarily an obstacle to get things done, but today it just didn’t work for us.

After driving the wrong way down a one way street, we found a park and carried three bags of washing to the laundromat. Then we tried to work out how the hell to use the machines pretending to understand the instructions in German. Someone did finally help us so we could put the washing in. We then realised that we’d have to wait while they washed. Time for lunch.

Across the road was a Chinese Restaurant just like we’d have back home. We decided to try it out  with very low expectations. However, after selecting a dish that we felt mostly confident in (using our limited translation skills) we sat back and hoped it would be okay.

Karma came through for us and it turned out we have found one of the best western chinese restaurants in the world! 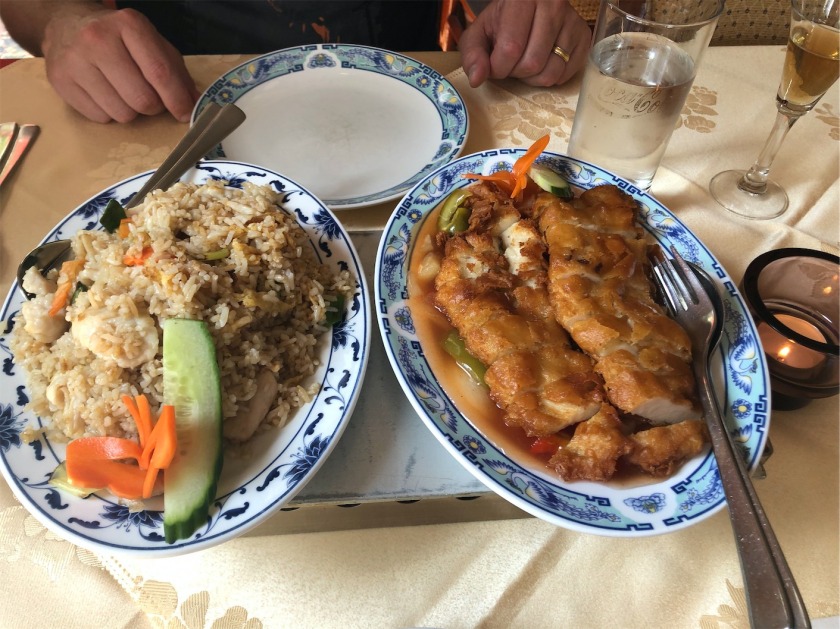 After lunch and collecting our clothes, we headed off to Potsdam. After checking into the hotel and asking for lots of extra clothes hangers, we headed back to the room.

One of the best items that we have used travelling is our faithful elastic clothesline with suction caps on each end. We quickly rigged up the line and coat hangers to resemble a small laundry and then headed out to see the sites.

The hotel was truly convenient being right on the edge of the old town. Which was fantastic given that it was 38 degrees. Yes, we were lucky enough to be experiencing one of the worst heat waves in the history of Europe. Luckily the old town is pretty small.

The City Palace (Stadtschloss Potsdam) was on our doorstep. 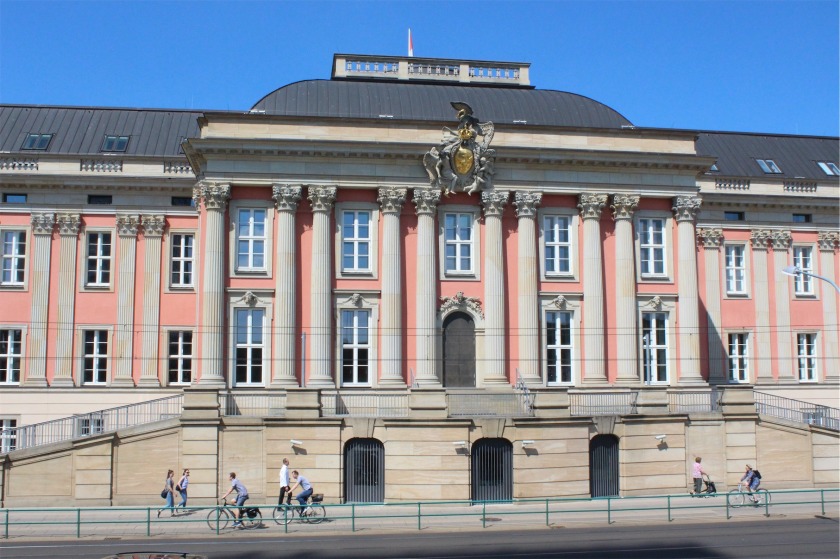 The Potsdam Museum stood on the edge of the large market square. 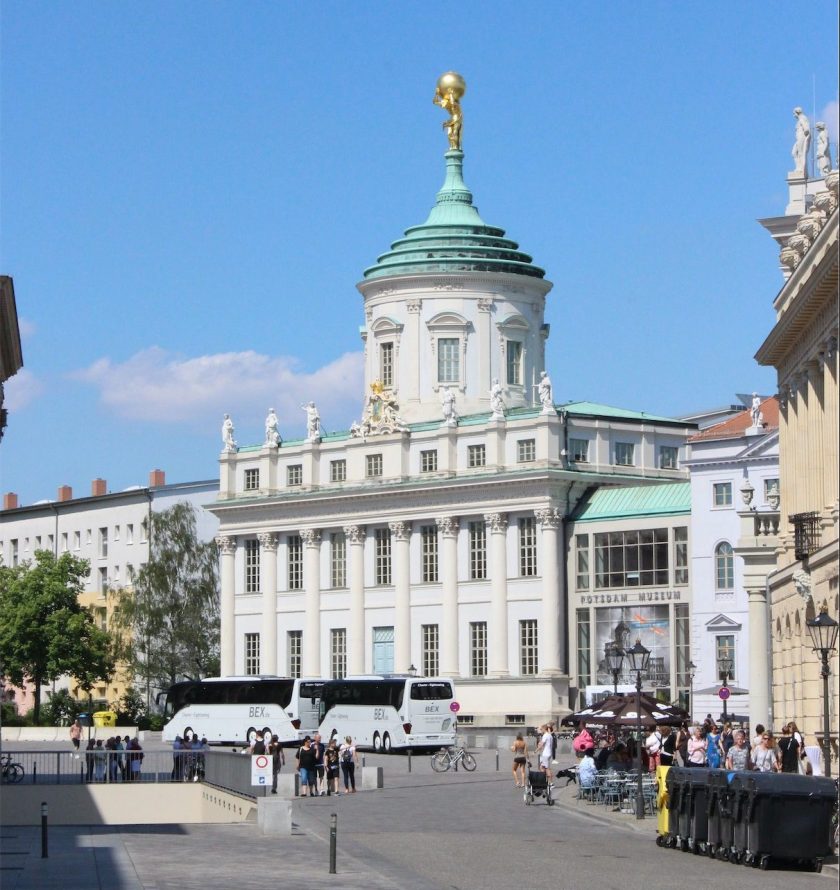 At Nikolaikirche (St. Nicholas’ Church) we stood with busloads of tourists watching a wedding taking place. 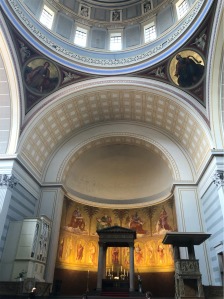 The Film Museum building looked like something out of a film!

As the day wore on, the sun continued to blaze and we felt like we were melting. We decided to leave our sightseeing for the air conditioning of the hotel. On the way to the hotel we took a slight detour heading down to the river for an ice cream and to watch tourists turning red as they waited for boat tours to turn up.

We finally headed back to our room and relaxed amid the almost dry washing. By the time it was fully dry we were fast asleep dreaming of heading to Lubeck tomorrow.