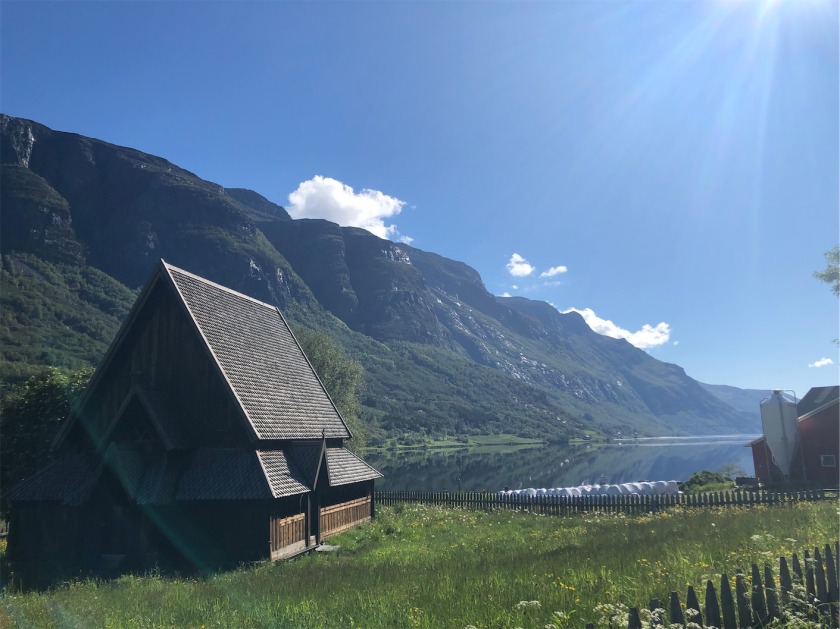 Today’s itinerary took us through an extremely long tunnel and 5 churches in 5 hours of travel! The destination was Lillehammer, famous for hosting the Winter Olympics in 1994.

We started our trip by taking the 24.5 kilometre long Laerdal Tunnel (Lærdalstunnelen). It is the longest road tunnel in the world taking 20 minutes to travel. The tunnel took five years and 1.082 billion Norwegian krone or just over $154 millon AUD to construct – surprisingly there is no toll.

The design of the tunnel is super interesting. To avoid mental fatigue it is divided into four sections separated by three large mountain caves at 6km intervals. While the main tunnel has white lights, the caves have blue lighting with yellow lights to give an impression of sunrise. The caves are meant to break the routine, providing a refreshing view and allowing drivers to take a short rest. There are also signs each kilometre indicating how many kilometres you have already travelled and how many left to go. 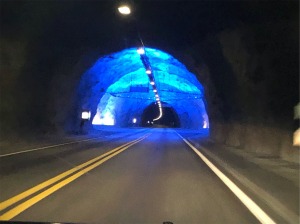 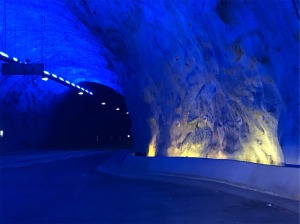 Here is a link to some footage we took using an iPhone whilst in the tunnel;  Laerdalstunnelen.

We explored the Borgund Stave Church on our last trip to Norway in 2014 (Borgund 2014), and as our journey took us right past it we took the opportunity to get some updated photos, especially as it was still very early and we were the only people around. Behind the car park near the visitors centre is a beautiful river that we didn’t see last trip.

The Øye Stave Church was a short 45 minute drive but the scenery getting there was incredible. The water was so still and clear that the sky’s reflection was mesmerising.

The Øye Stave Church was probably built towards the end of the 1100’s and has an interesting history. Originally located in the fields facing the Vangsmjøsa river it would often flood during spring time which led to the church being in a poor state of repair and was renovated a number of times.

During the 1930’s work began on the foundations where parts of the old church were found -156 pieces in total. No one knows why they were stored in this way. It was decided to renovate the church to replicate its original style using the found pieces and it was finalised in 1965. Today Øye Stave Church is used for weddings and Midsummer Mass only. 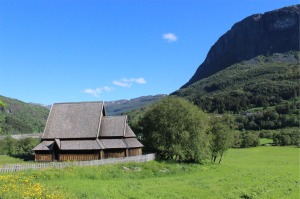 It is believed the Høre Stave Church was initially built in 1179. And whilst it was rebuilt around 1820, the original construction of the nave was kept as a skeleton inside.

In 1857 the old rooftop was taken down and a new tower was built on a reinforced construction over the ceiling. Renovation of the church was completed in 1979. Excavation during this time uncovered artefacts including 357 coins. The oldest of the coins dates back to the period 1042–1047. 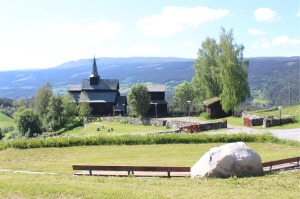 Only 10 minutes away is the Lomen Stave Church, dating back to 1192 and previously known as  “Hvams Kirke”.

As with many of the old churches we have visited, during renovation treasures are found. At the Lomen Stave Church an archaeological excavation was carried out and 71 artefacts were found, including pieces of jewellery and coins. Some of the coins were as old as the 12th century. 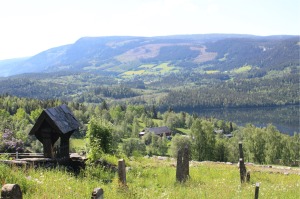 The weather was perfect for a picnic lunch, so we stopped at the town of Fagernes. We found a spot on the banks of the Strondafjorden and watched a car rally of some sort taking place nearby.

Only 30 minutes from where we’d had lunch is the Reinli Stave Church, built some time during the second half of the 13th century.  It is the third church to have been built in this location with the first reference made from King Olaf Haraldsson in 1023.

As with most of the churches we had visited today, Reinli Stave Church has a beautiful vista. From up on the hill it looks down to the village and river. 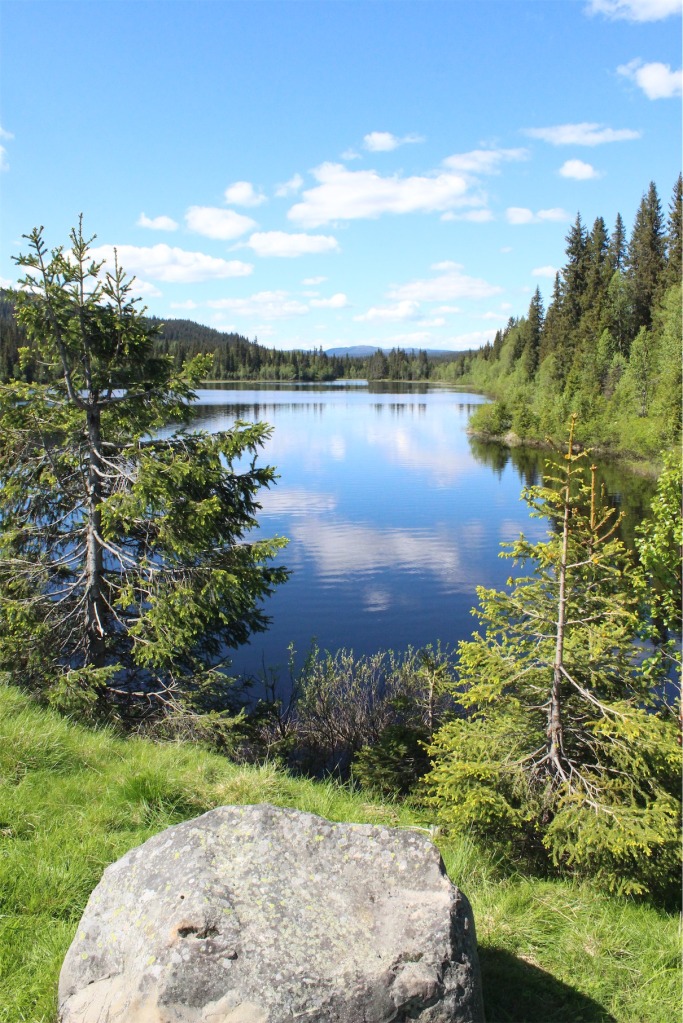 This was our last scheduled stop today. We still had 2 1/2 hours to get to Lillehammer but we were making good time.

Once arriving in Lillehammer we found that there had been some sort of fun run event and there were loads of people staying at our hotel also waiting to check in. After checking in we spent some time in the indoor pool which wasn’t as popular with other guests who were using the outdoor unheated pool.

On our way into town for some dinner we walked past the Garmo Stave Church which has been relocated to the Maihaugen Museum. We took some photos from the road but plan on spending the day tomorrow exploring the open air museum and the church further.