We’d had some amazing experiences over the last week however the days had been very long and we were both feeling quite fatigued. When putting the itinerary together we’d designed today to be predominately a rest day. We enjoyed a good sleep in and late breakfast before checking out to make the short 2 1/2 hour drive to Hell.

Though we had been to Hell in our previous trip in 2014 Keith clearly didn’t exhaust his Hell jokes last time and they started early.

Our only scheduled stop was 5 minutes away from the hotel to Norway’s largest burial ground from Viking times known as Gravfeltet Vang (Vang Burial Ground).

The burials at Vang were cremations. The deceased remains along with some of their possessions were then covered by a mound of earth and stone and were left unmarked. The 120 acre field consists of almost 900 burial mounds from the Viking Age dating back to approximately 800-1000 AD.

Various tools and other objects often accompanied their owners to their final resting places. A large number of artefacts were found in excavations that took place in 1999. The majority of these can now be found at The Science Museum (Vitenskapsmuseet) in Trondheim. 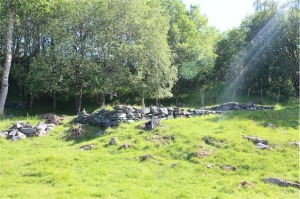 Just outside the town of Klæbu we found a lovely park rest area on the banks of the Nidelva River, perfect for our morning coffee break. 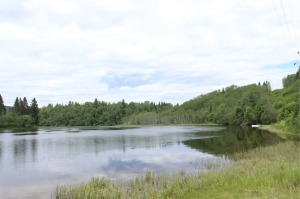 After arriving in Hell we checked into our hotel, had some lunch and did some shopping. We then spent the rest of the afternoon enjoying the indoor pool and relaxing watching a movie.