Hi all, Keith here. Usually Bec and I write the blog together, but this day’s trip is pretty special to me. My mother was born in Germany and migrated out to Australia with her parents when she was quite young. Today was about finding the town in which my mother was born and grew up as well as the port from which she caught the ship to Australia.

Although thwarted (again) by some road closures and Dutch detour signs, we headed out of the Netherlands via the Afsuitdijk. This is basically a 32km long causeway that was built by the Dutch between two parts of the country, across the open sea. The coolest thing is that it was built between 1927 and 1933 and is now a significant highway.

My mother was born in a little town in north-west Germany called Oldenburg. We visited the actual hospital and took a photo – the hospital wing is still a maternity wing! The town of Oldenburg itself is really pretty in that it has embraced the original medieval style of plazas and narrow roads and modernised it into a labyrinthian shopping mall. The extant buildings are beautiful and the modern buildings have been finished in a complimentary style. 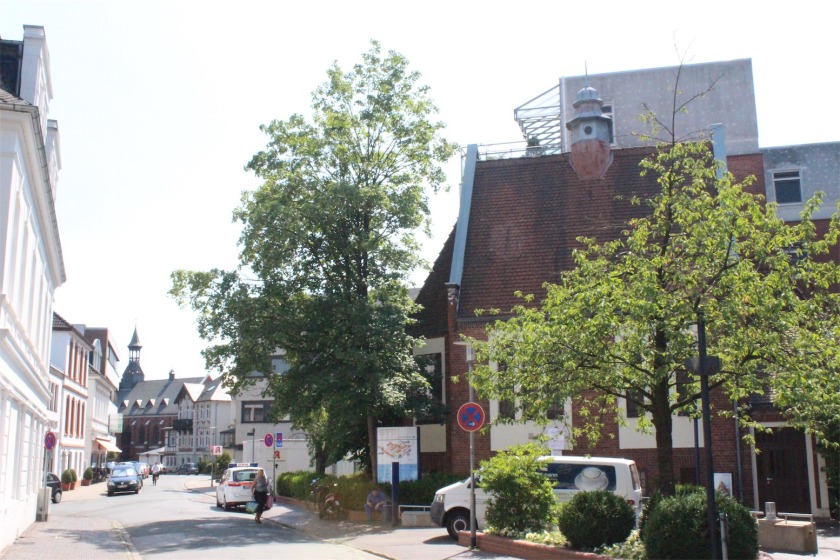 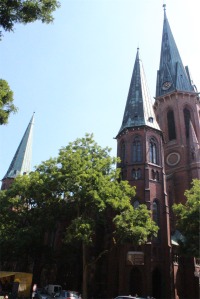 Bec and I stopped for a cool drink at a cafe in Oldenburg and it gave us a chance to practice German (we’ve been trying to learn on the sly). The weather has been amazing here and today it actually topped over 35 degrees!

Recharged, we headed out again for Bremerhaven, but again there were road closures. However, we embraced this change in route because we’re really falling in love with the little villages full of amazing houses and barns along the way.

Bremerhaven was where my mother left in a ship to go to Australia. The journey would have taken months at the time, but of course it only took Bec and I a day to get here on the plane! Back then, Bremerhaven would have been a pretty small town bustling with energy as a fairly major port. It looks totally different today!

There is a major hotel that has been built to resemble a giant sail and it has a viewing platform on the 20th and 21st storeys. I took lots of photos, including ones of the sort of boat that Mum would have left on, and the port from where it would have left. I wish I could be there when she sees these photos! 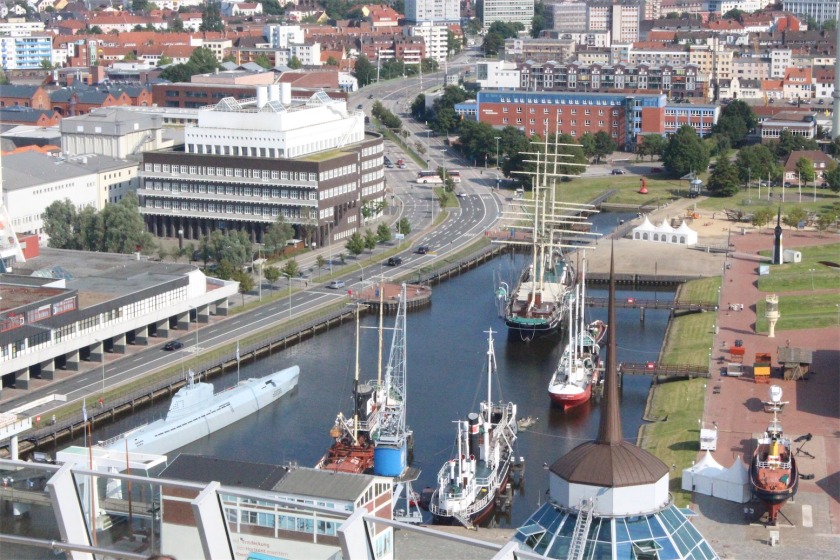 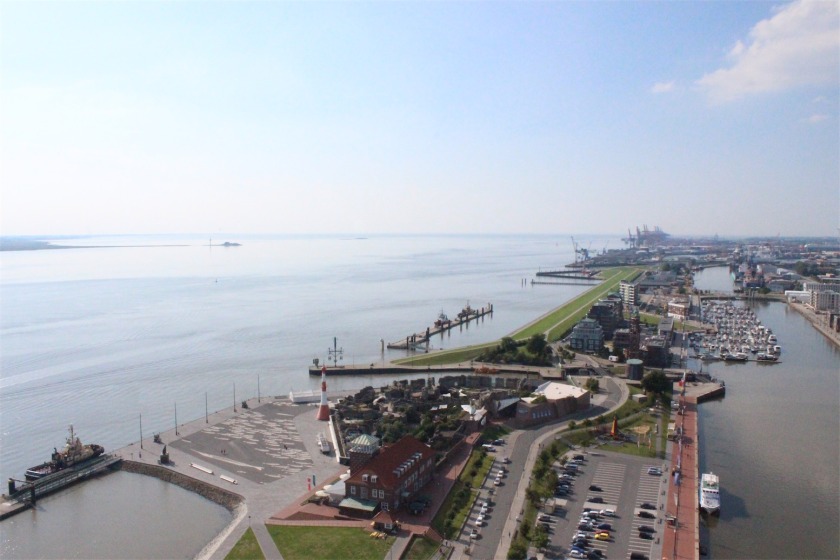 After our sightseeing was done, the drive took us to our hotel at Bremen, where we pretty much turned in for the night. We plan to be up early again tomorrow morning to check out the town of Bremen.