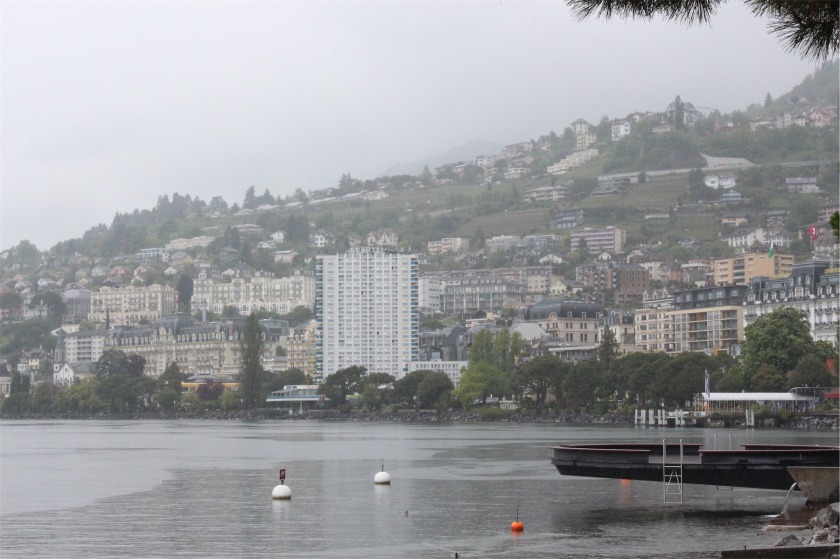 After such an incredible time in Annecy with Blake and Peter’s family and friends it was time for us to commence our European Adventure.

We enjoyed one last huge breakfast at the Imperial and began our trip to Bern. Firstly though we stopped in at the most adorable little medieval village, Yvoire.

The charm of this quaint little village made up for the drizzly weather. Our early start meant that we were almost the only people walking around and as we left the first tour busses were arriving.

From Yvoire we left France, making our way to Montreux, the Swiss city on the side of a mountain. It is a confusing maze of one way streets but we eventually found the parking garage – Parking du Marché-Forum. This parking garage was well researched for its proximity to the promenade and the Freddy Mercury statue. It’s a beautiful location and despite the rain we really enjoyed the walk to the Queen Studio Experience.

The band Queen recorded a number of their albums in “Mountain Studios” in Montreux. Being a huge Queen fan Keith was keen to see the exhibition where the studios have been converted to a museum: Queen The Studio Experience. 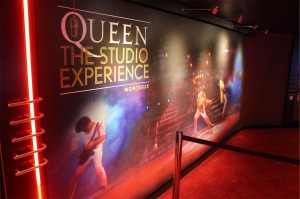 On the way to Bern we drove passed Fribourg and couldn’t resist stopping to take a few photos. 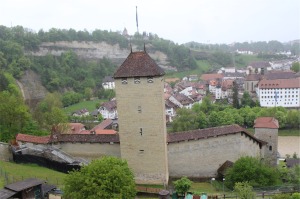 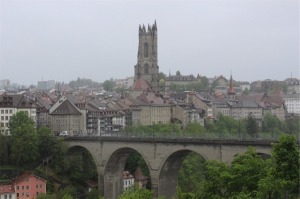