Today we were exploring more of the Lofoten Islands and eventually making our way to our Airbnb in Leknes.

We enjoyed the wonderful view from our room, before braving the breakfast buffet populated by the coach tour crowd. 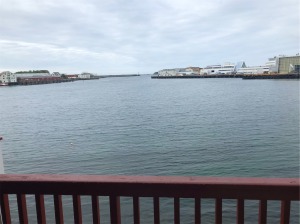 Kabelvåg was only a 15 minute drive from our hotel and our first stop was the Vågan Church also known as the Lofoten Cathedral. Five or six different churches have been built on this very location throughout the last 900 years. The present church was built in 1898, seating about 1,200 people making it the largest wooden building in Northern Norway. 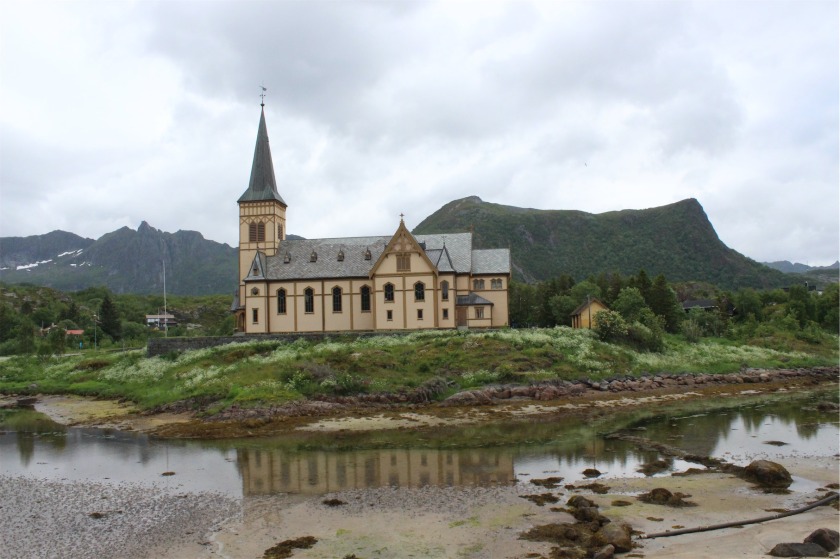 We went for a walk on the break-wall. It was still early and not many people were up and about yet so we were able to get some really lovely pictures.

Just before the Gimsøystraumen Bridge is a beautiful sculpture by artist Dan Graham. Untitled, this is one of 35 sculptures by various artists across Norway forming the Skulpturlandskap project.

The sculpture is a 2.5m high mirrored, reflective concave panorama wall and is unique in that it constantly changes, reflecting the surrounding landscape.

We walked through the soggy field down to the waters edge to get a closer look. It was a beautiful spot and there were even some traditional fish drying racks. 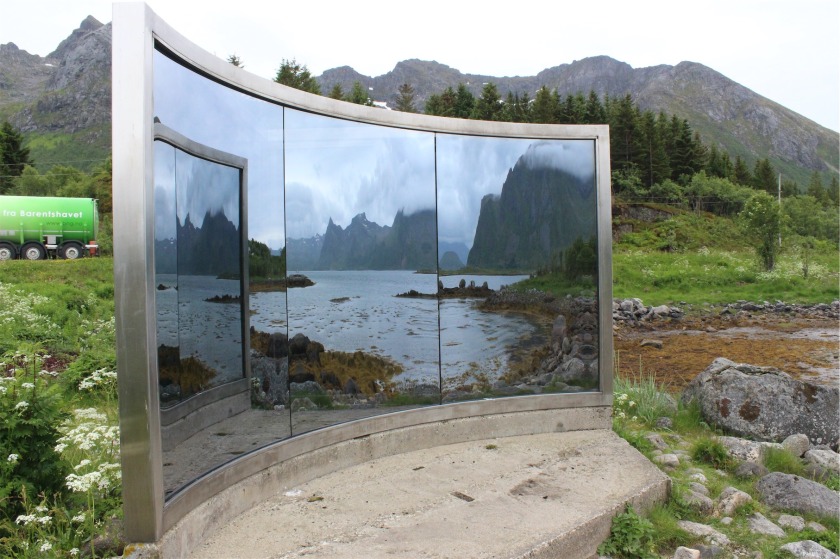 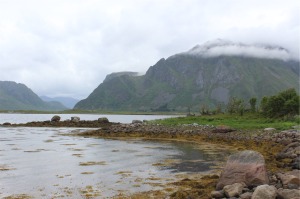 Strangely, as we walked back to the car we saw this random cat fishing for his breakfast! 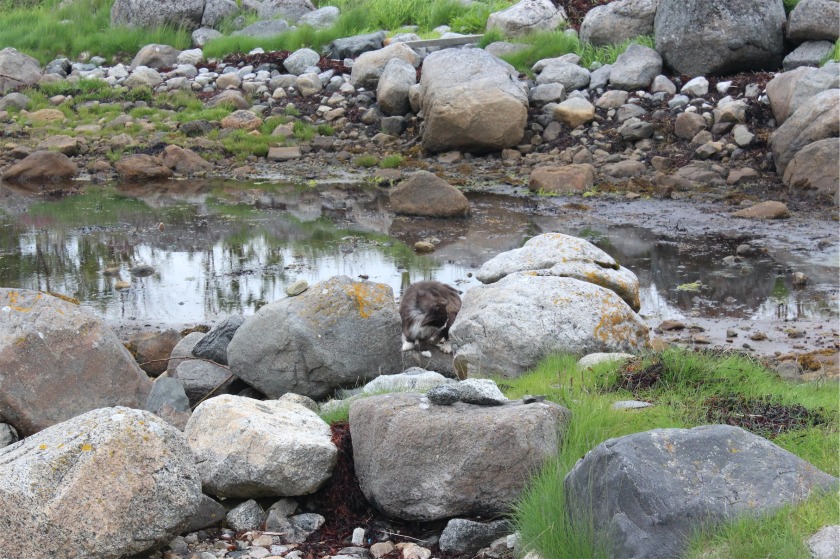 How many trolls can you see on this mountain side? Creepy! 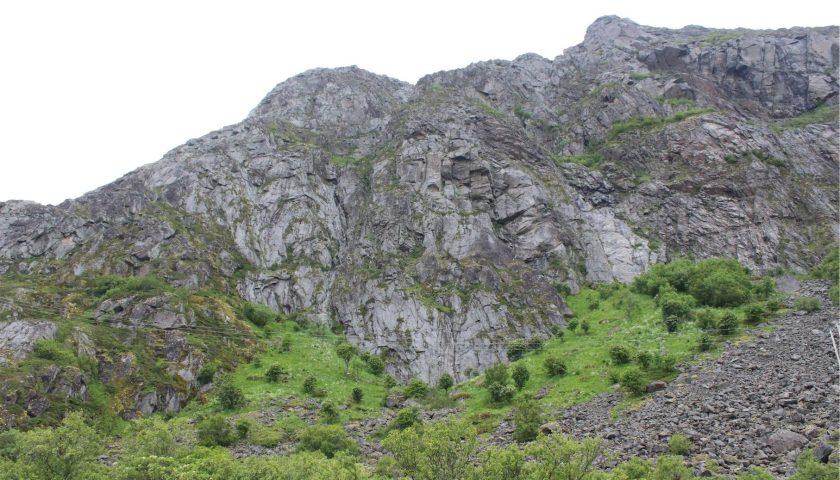 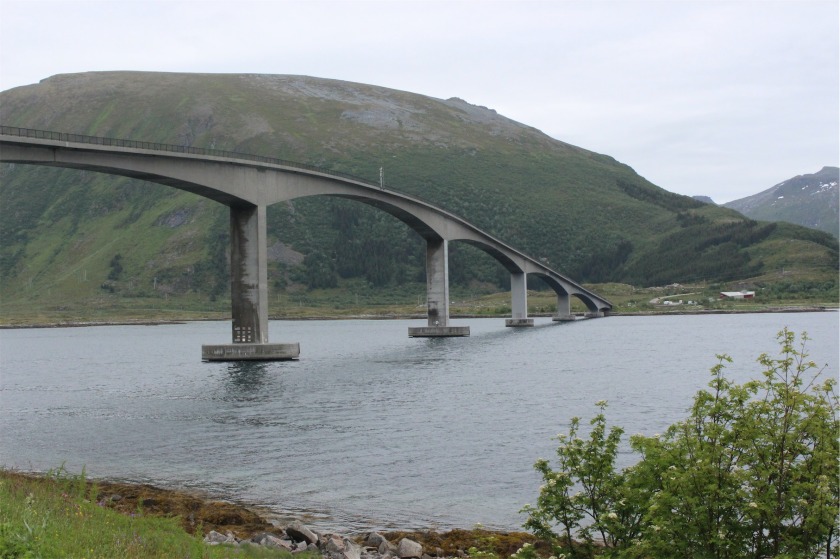 The drive along the ocean’s edge was amazing, though the weather was still disappointing the landscape was not. Fishing huts and drying racks were popular with seagulls despite there being no fish hung up yet. Wildflowers were everywhere and it was truly beautiful. 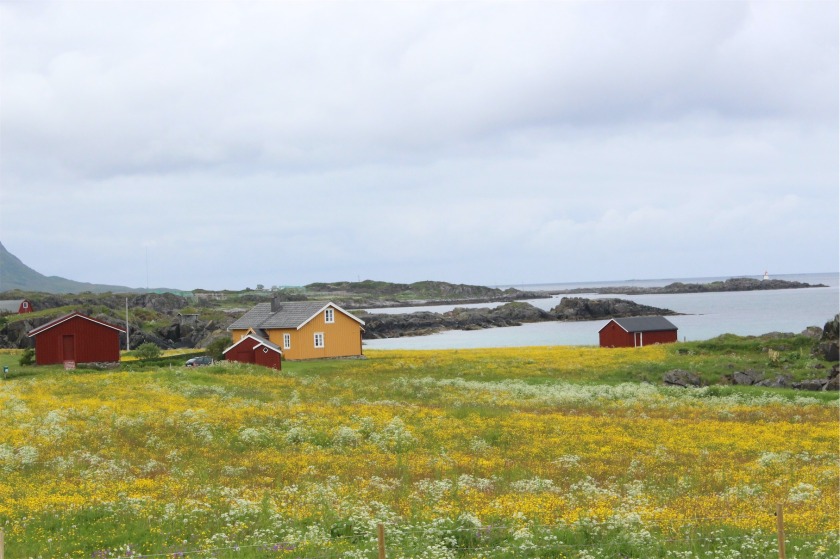 We got out of the car to take loads of photos and felt so lucky to see these two Sea Eagles. 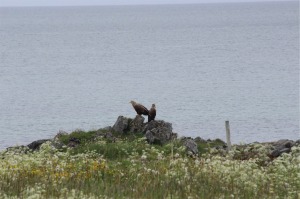 We’d travelled up to Gimsøya and then drove along the coast through Torvdalsveien making our way to Eggum.

When we stopped to take some photos of this lovely beach something moving in the distance caught Keith’s eye. He ran back to the car and got the long distance lens for the camera. It was an otter! 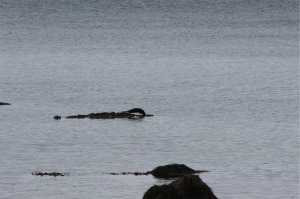 “Borga” is the local name of a German radar station that was built during World War II. The radar station is shaped like a circle, and is built of rocks that were taken from the area.

Directly on the coastline the wind was very strong and directly from the Arctic Sea – it was absolutely freezing! We hastily made our way to have a look inside the ruins, finding remains of the radar itself. 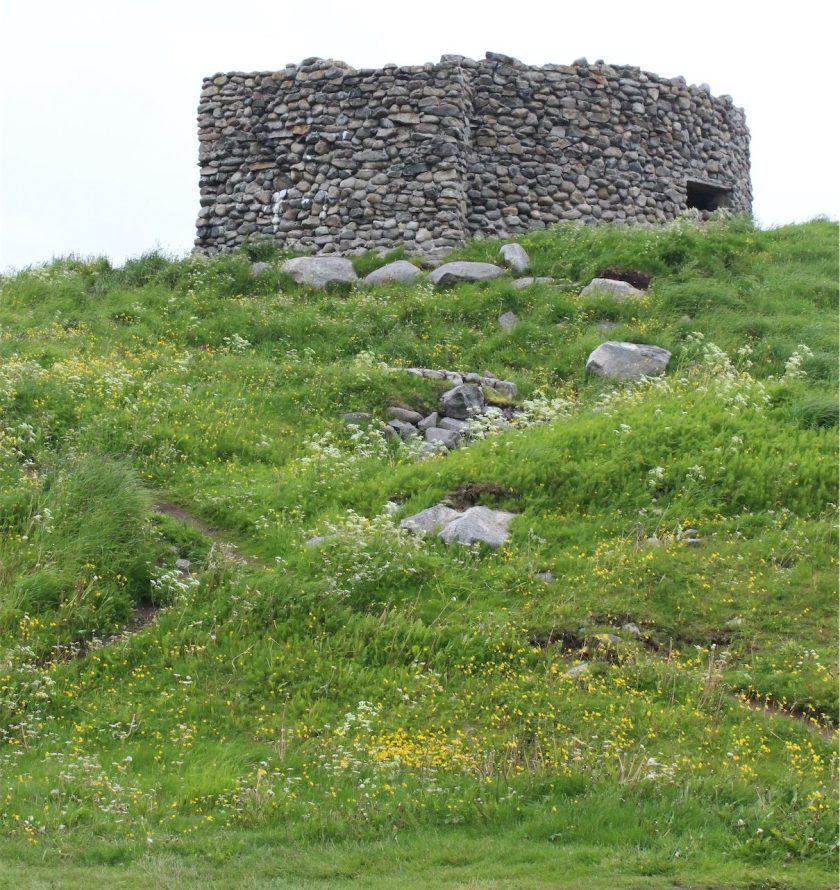 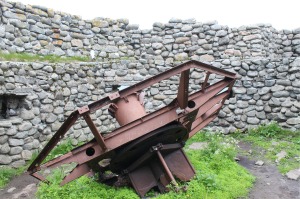 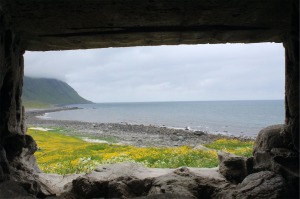 Our next stop was the Lofotr Viking Museum, an open air museum that explores the viking age.

In 1981 a farmer ploughing his fields found fragments of glass and rare ceramics which was the beginning of a significant archaeological discovery. The world’s biggest longhouse was uncovered and excavated and it was determined that an important chieftain had lived there.

The long house at the museum is a full-scale replica, 83m long and 12m wide. Inside, visitors can experience an authentic demonstration of viking life, with costumes, crafts, meals and architecture true to that time.

After looking through the long house we walked down to the Bay to have a look at the Viking Boats. 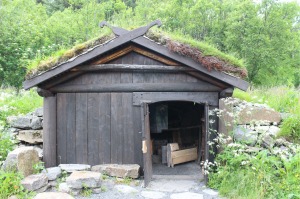 There is a blacksmith’s cottage with lots of tools and equipment and Keith had the opportunity to try some archery and axe throwing. 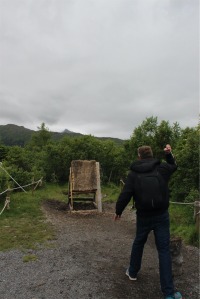 Although we decided to skip sailing on the viking ship, it made a lovely picture out on the bay.

Our last stop of the day was Haukland Beach. Even with the gloomy weather it was obvious why this is one of the most popular beaches of the Lofoten Islands! 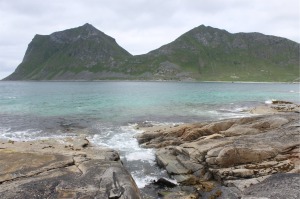 We made the final 20 minute drive to our Airbnb in Leknes and then headed out to have some dinner.