The public transport in Vienna is awesome, the underground trains are really easy to navigate so after plotting our route on the map we headed out to explore Vienna.

First stop was St Stephen’s Cathedral, it was incredible as were the number of people in Stephansplatz shopping! As with many of the buildings in Europe the Cathedral was undergoing cleaning – you can see in one of the pics below where they have cleaned the building versus where they haven’t yet got to, the contrast is quite evident. 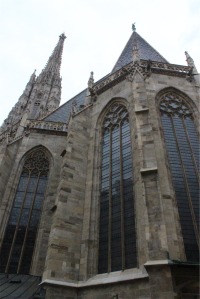 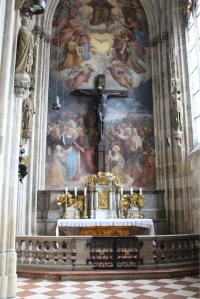 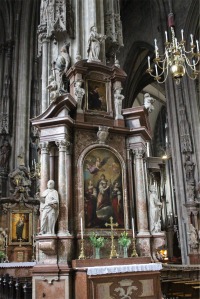 The next item on the list was St Peter’s Church, it too was very beautiful and the artwork was amazing, it was hard to comprehend that this church was consecrated in 1733. We are so lucky that the investment to restoration and maintenance is made by many countries to beautiful icons such as this church so we can all still enjoy them. St Peter’s Church went through major renovation between 1998 – 2004 to ensure all the paintings and sculptures were returned to their original colouring.

The architecture in Vienna is amazing everywhere we walked we came across something beautiful. Walking through Stadtpark we came across a gold statue of Mozart and some other impressive sculptures. 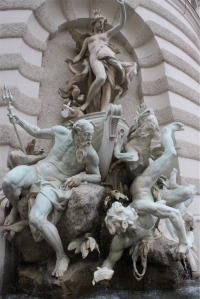 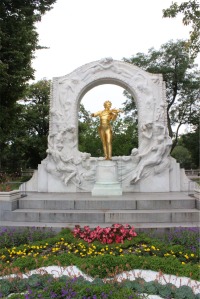 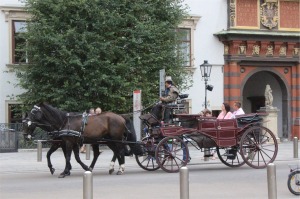 Below is the Imperial Palace – huge but not really impressive in comparison to the other buildings in Vienna.

The Opera House in Vienna is a big deal, it has been the subject of much controversy in the country as it has had to be rebuilt a couple of times after being damaged/destroyed during war time. It seems the design and size caused some debate and costs as with most projects of this nature were huge. In present day it’s used extensively, there are many classical music concerts held here every day as well as ballet and theatre. In fact, we were constantly hounded by men dressed in classical costumes asking us if we wanted to see a concert (for those who have been to Bali it was a bit like being asked if you wanted your hair braided every 10 minutes). 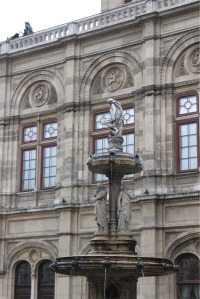 After we had some lunch we went on a mission to find the Church of the Jesuits. It’s hidden away down a few back streets but we had seen some incredible pictures on Trip Advisor and were determined to find it.

The church itself was so plain and simple on the outside that we nearly walked past it! However once inside the pictures we had seen just didn’t do this amazing building justice. It was one of the most incredible places we had seen to date – and you know we’ve seen a lot of awesome churches! What made this experience so special was the church choir practising as we had a look around, they sounded fantastic. 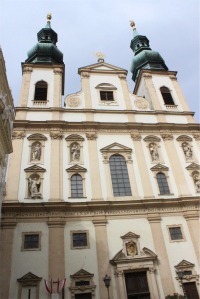 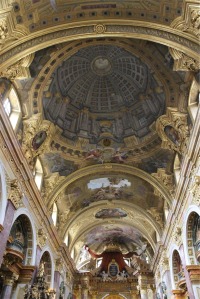 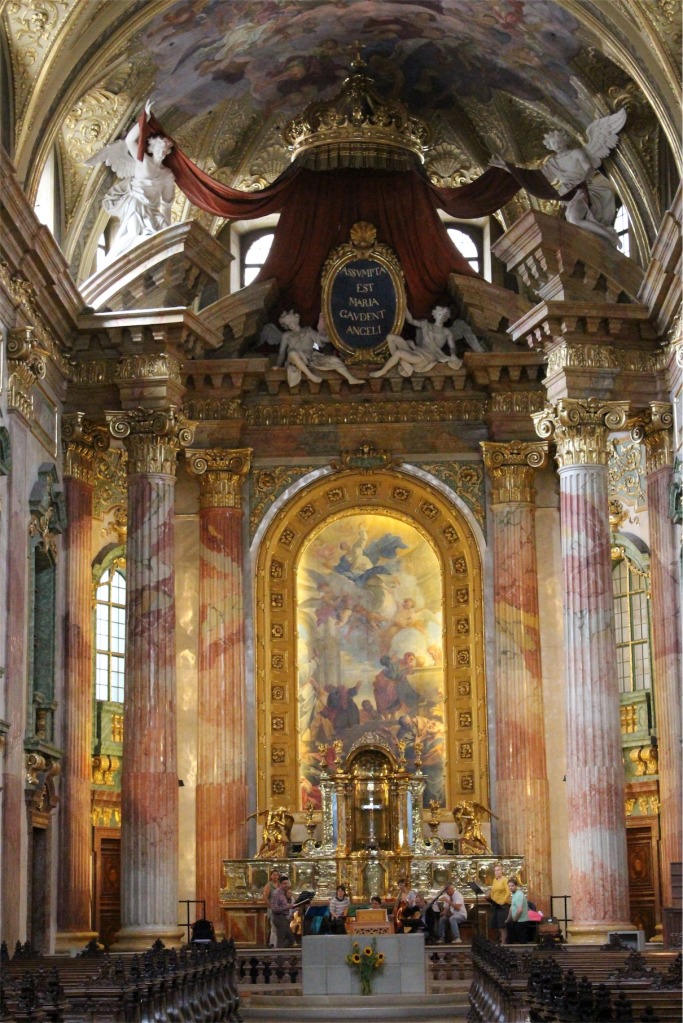 After a long day of walking around for hours it was time to get back to the hotel, have some dinner and plan what was left to see in Vienna tomorrow!