Even though we saw loads of Vienna yesterday we still had so much more to explore.

Before taking the Underground into the city we walked about 1km in the opposite direction, to see the ‘new city’ from the bridge. It was a pretty cool view and the perfect blue sky was a good start to our day.

We got off the Underground at the Opera House and walked through Burggarten, it’s a really pretty park and has a Butterfly (Schmetterling) House, the Palace of Justice and a few cool statues. 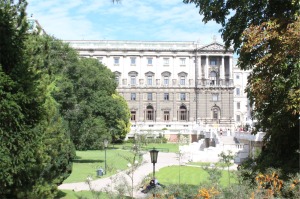 From the park we then headed to Hofburg Palace, it’s a huge space that holds convention centres, museums as well as the Austrian National Library.

It was turning out to be such a beautiful day, the clouds were so pretty and made the perfect backdrop to one of the most spectacular buildings in Austria – Parliament. It really is a massive building, just over 13,500 square meters holding 100 rooms. The statues and architecture were amazing. 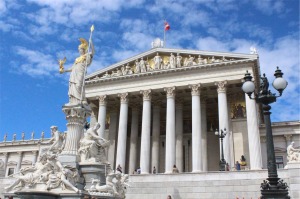 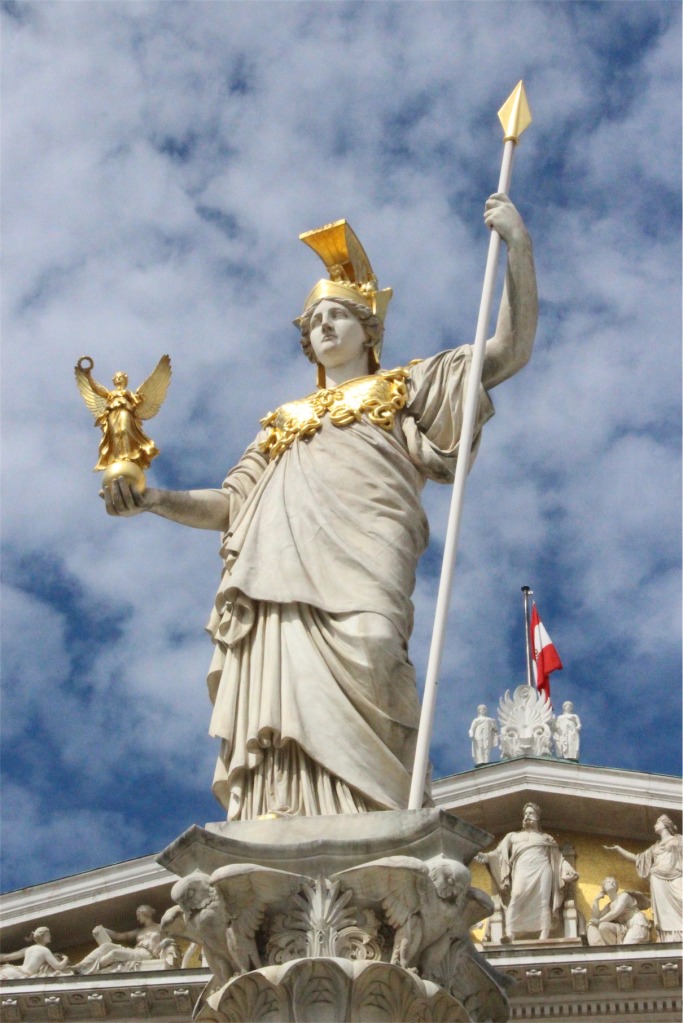 The Rathaus (Town Hall) in Vienna is stunning, very much built in the Gothic style between 1872 and 1883.

What we didn’t realise was that the 2014 Austrian Film Festival was being held there. The set up was really interesting and the important thing was that they had many markets and food/wine stalls set up! We had a good look around and then had ourselves some lunch and a beverage soaking up the atmosphere. 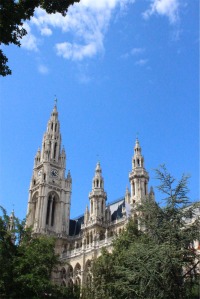 After enjoying our lunch in the sun we continued on to see the University and the Votiv Church, it was a bit of a walk and so we decided it was time to find somewhere for a quick beer/wine. 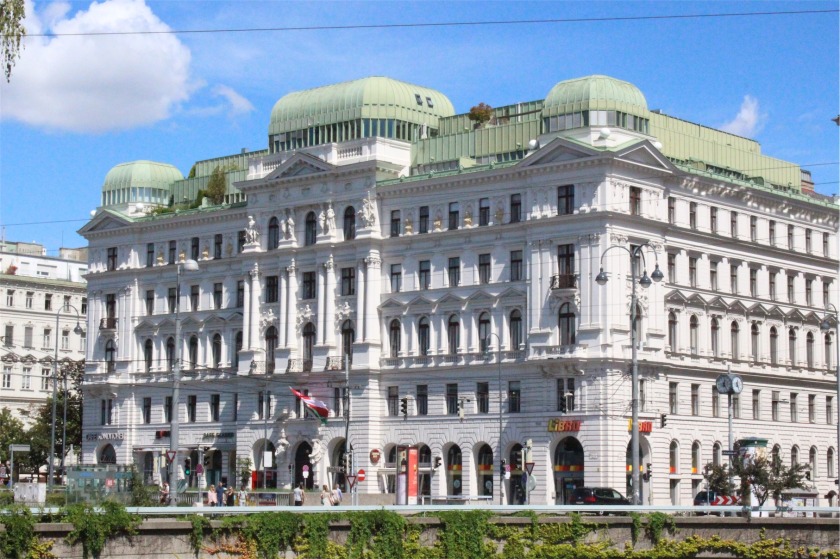 And well that’s where the afternoon/evening ended – Crossfields Australian Pub.

It was a great way to relax and have some fun, we chatted to many fellow Aussie Tourists got some tips about future destinations and provided some tips to where we had already been.