The weather this morning was perfect for our trip to Hammerfest and while the view from the hotel room window was lovely, we didn’t dawdle and got up and on our way.

Our first stop today, Alta, was was just over 2 hours away. However not long after we left Sørkjosen we started to see Reindeer. Lots and lots of Reindeer! 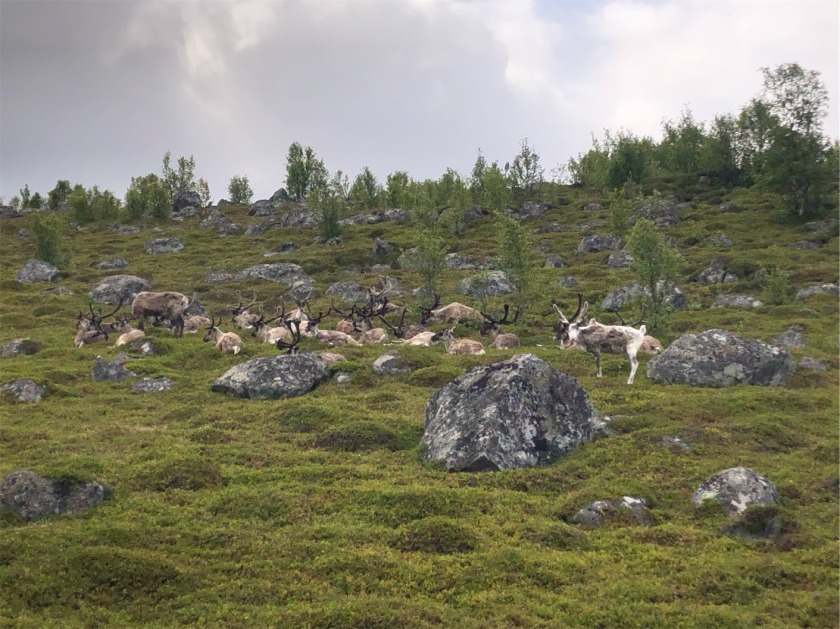 A few light showers didn’t dampen the spirts, particularly given that they resulted in the most beautiful rainbow just outside Sekkemo across the Kvænangen fjord. 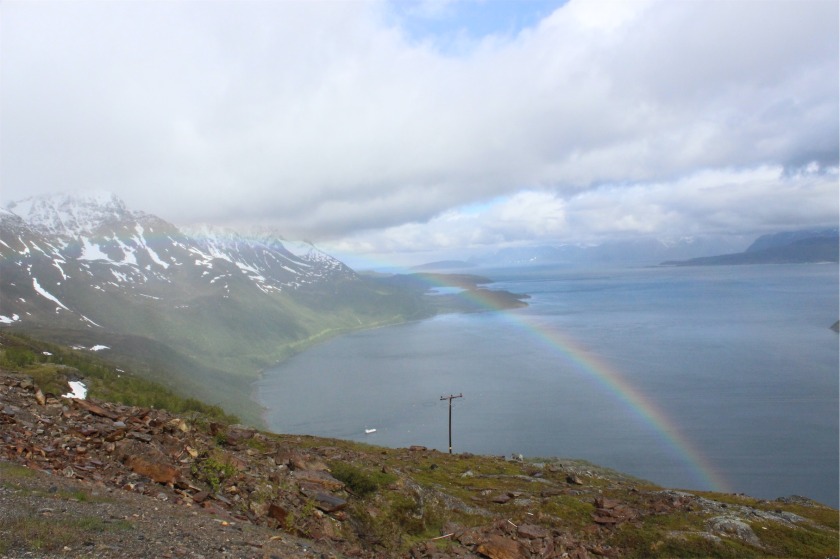 We crossed the Sørstraumen Bridge and stopped to allow a herd of reindeer cross the road safely. It was awesome to see some little calves.

We found a great rest stop on the banks of the Burfjorden to have morning tea and enjoyed the sun and the view. 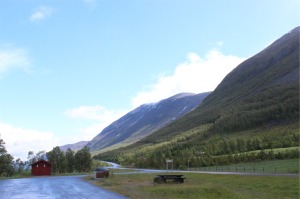 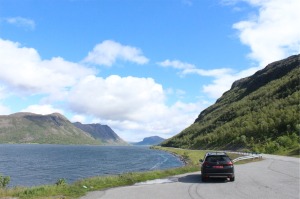 The Áilegastunnelen is approximately 3.5km long and runs through the mountain Áilegas. It’s a very new piece of infrastructure opened in November, 2018.

We stopped to take a picture of the Altafjorden, looking over the town of Talvik.

We finally arrived at the Alta Museum. It is located in the small bay of Hjemmeluft  a site of early settlement dating back as far as 11,000 years ago.

In 1973 the first historic rock carvings were found in this location and to date over 3,000 figures have been registered.  The outdoor museum has Northern Europe’s largest concentration of rock art.

Comprising of both rock carvings and rock paintings dating from 7000 to 2000 years ago, the rock art in Alta was added to the UNESCO’s World Heritage List in December 1985 as the only prehistoric monument in Norway. 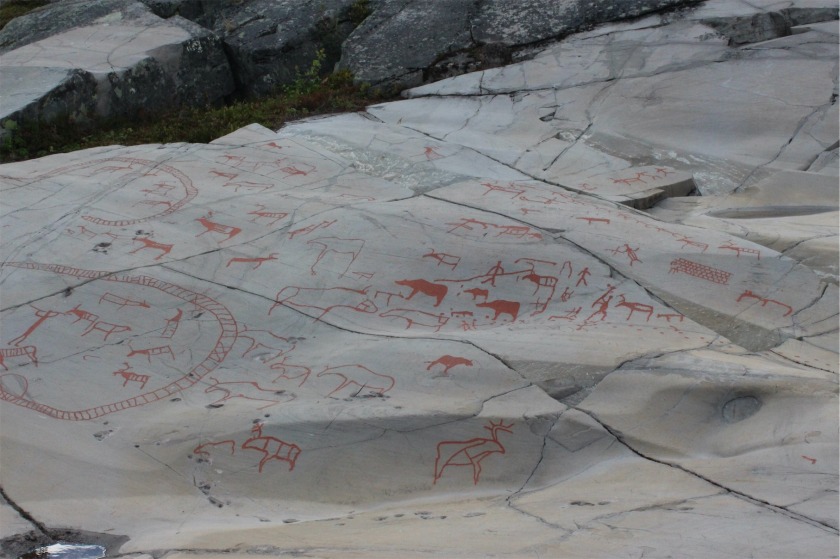 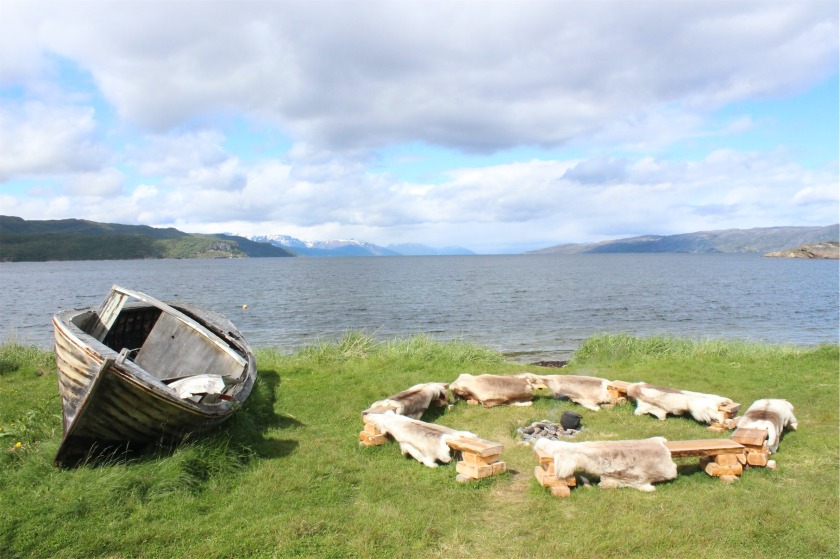 Our next stop was the Northern Lights Cathedral (Nordlyskatedralen), a relatively new church opened in 2013. The Alta city council determined that they didn’t just want to commission a new church for their community, but an architectural landmark that would provide a location in which the natural phenomenon of the northern lights could be observed.

We arrived in Hammerfest and made our way up to a lookout that provided incredible views of the northernmost town in the world. 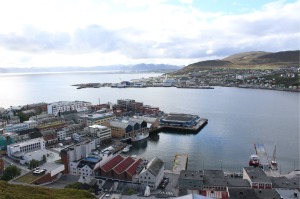 The Struve Geodetic Arc was the first technical and scientific object to be inscribed on the UNESCO World Heritage List. Measurements were made in the form of a chain of triangulation along the meridian¹ stretching from Ismail on the Black Sea in the South to Fuglenes in Hammerfest in the North. 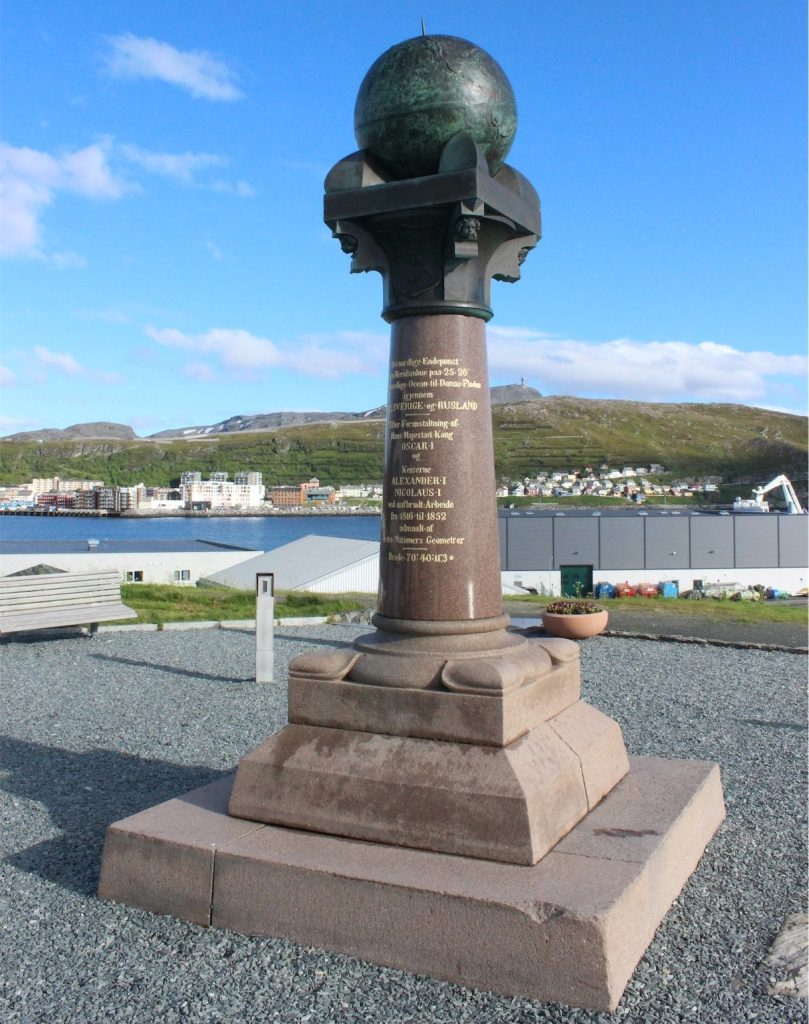 We made our way to the hotel and then enjoyed a walk around the town before having some dinner.

The view of the coastline from our room was amazing and we enjoyed a glass of wine and watching the camping cars pulling in for the night.

¹ A meridian is an imaginary line on the Earth’s surface running from Pole to Pole.